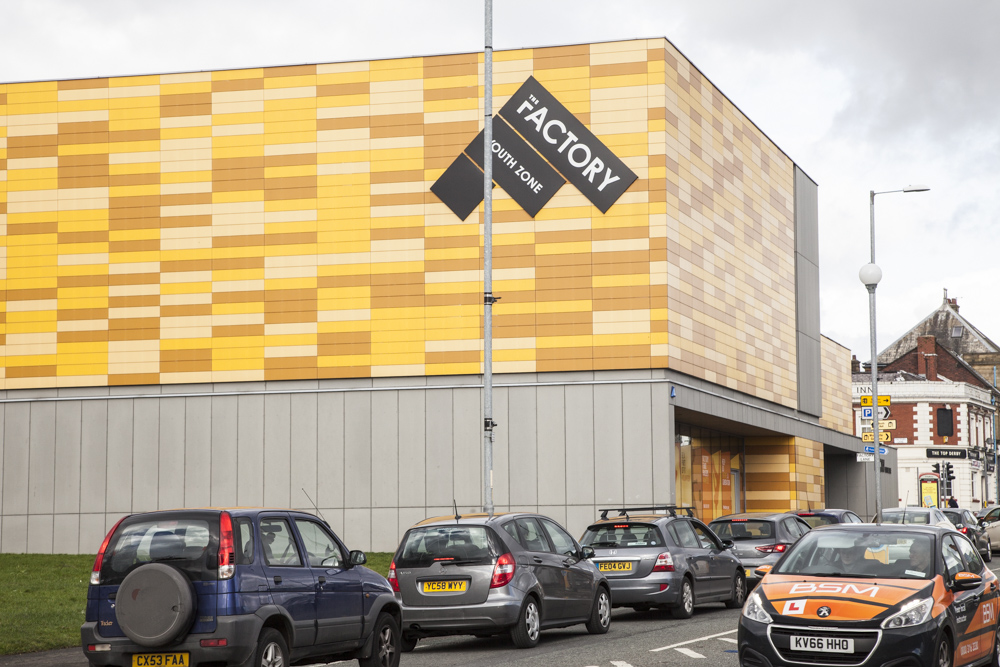 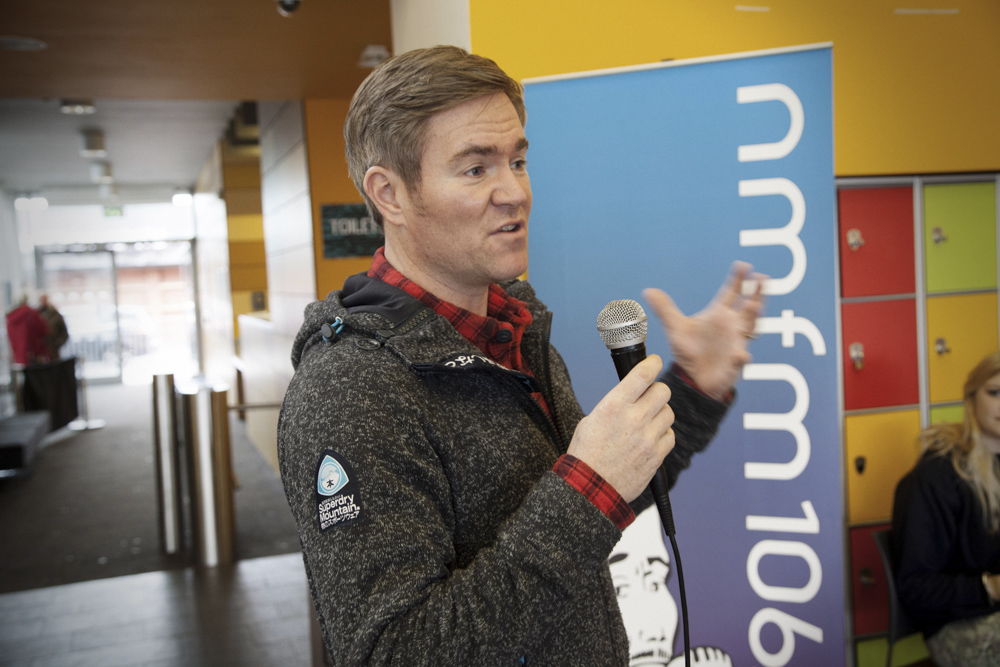 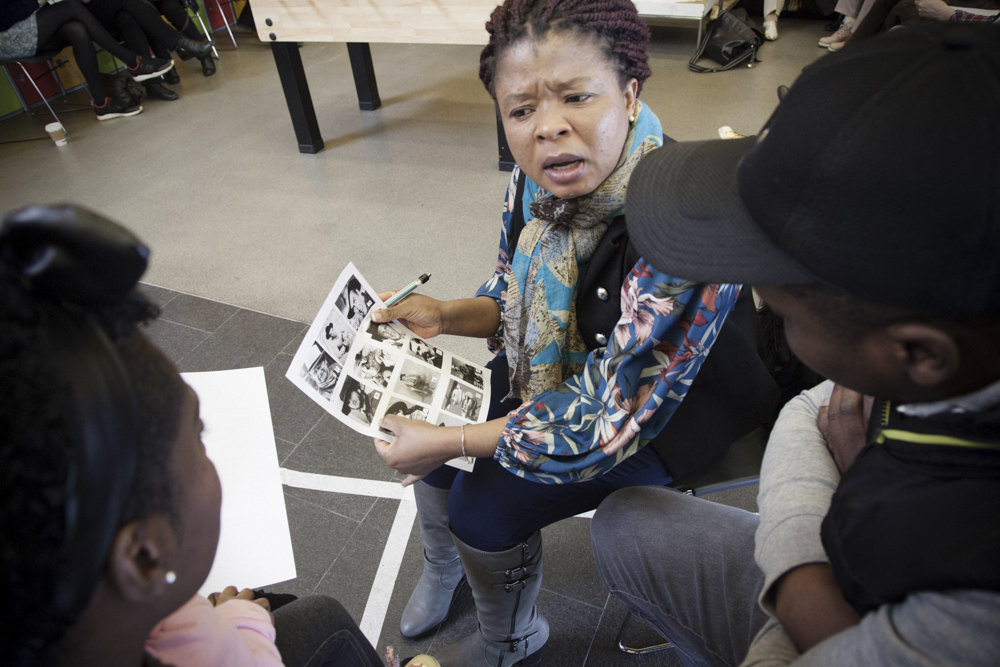 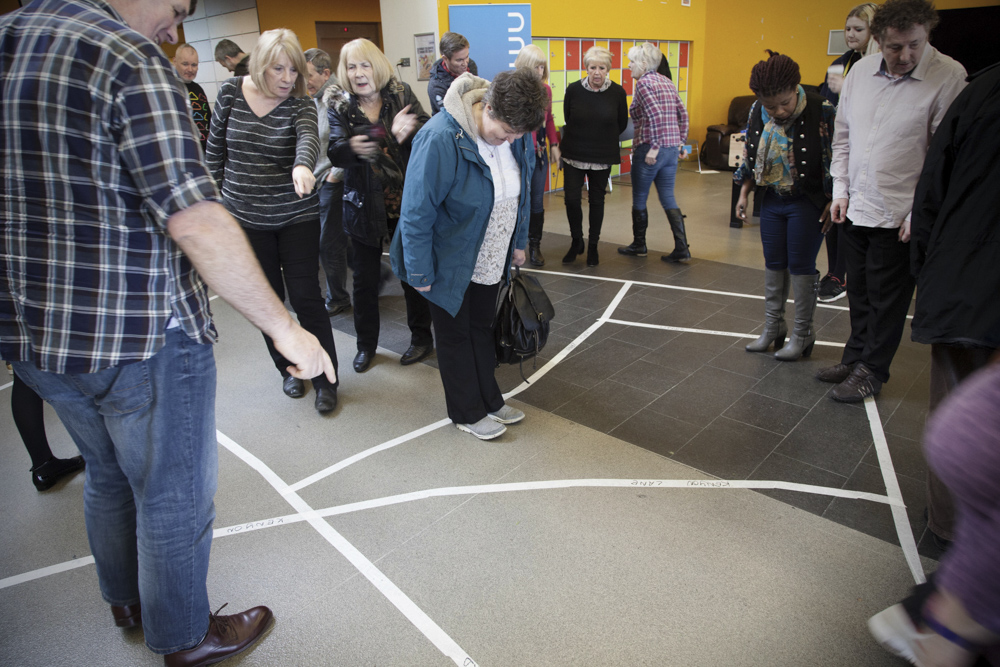 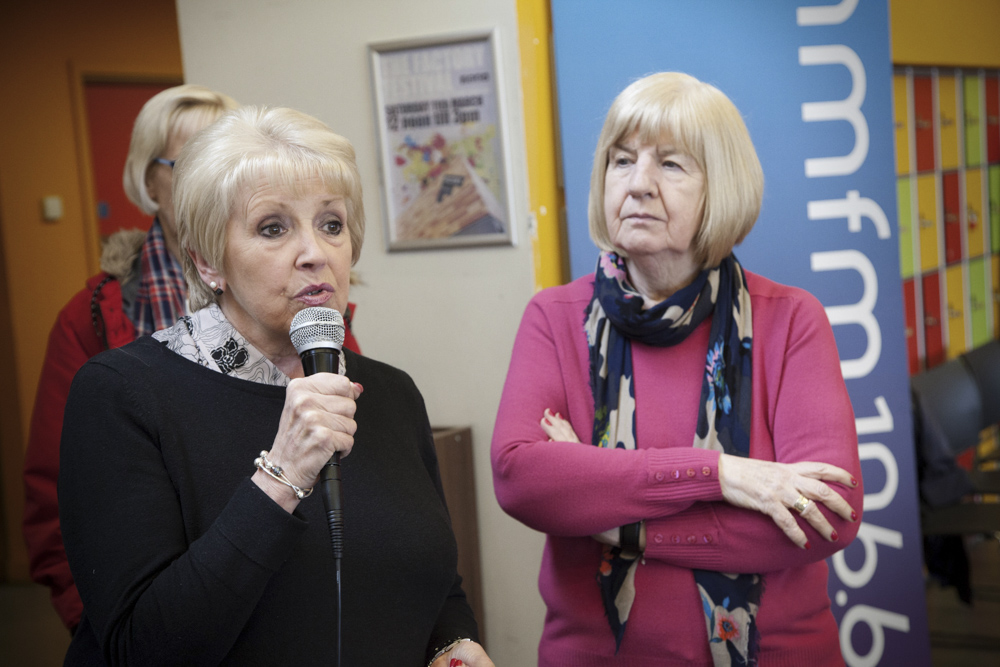 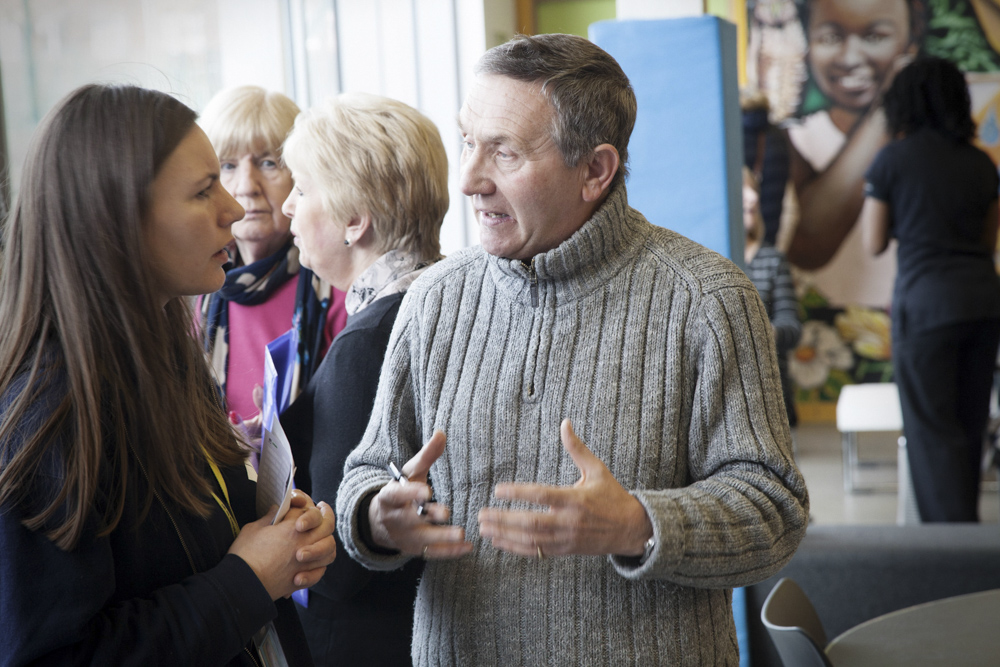 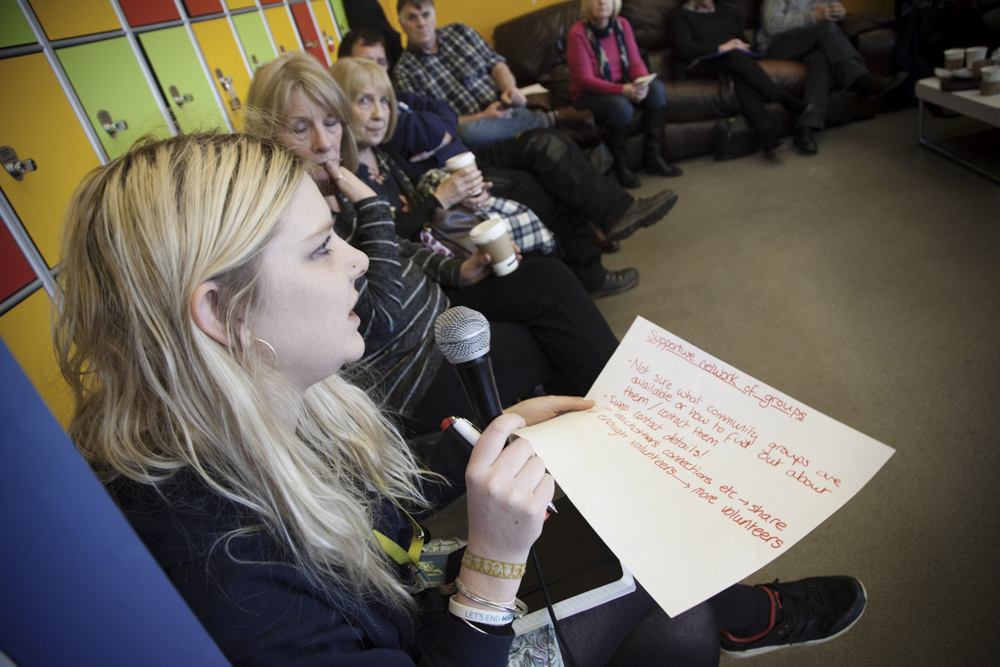 Barbara from Creative Community recounts a typical Wednesday arts and crafts session at The Miners.

It’s Wednesday morning and the group are getting ready to start. We are down on numbers today, there is a nasty bug going round which has hit a few of us pretty hard.

Some of the group are already knitting, the rest look at today’s project: a card of flowers that will be suitable for Mother’s Day, a birthday, or a get well soon card.

Some of us talk about Event City and how disappointed we were with the Hobby Crafts show last week. Despite this we came away with bargains and will probably go to the next one. 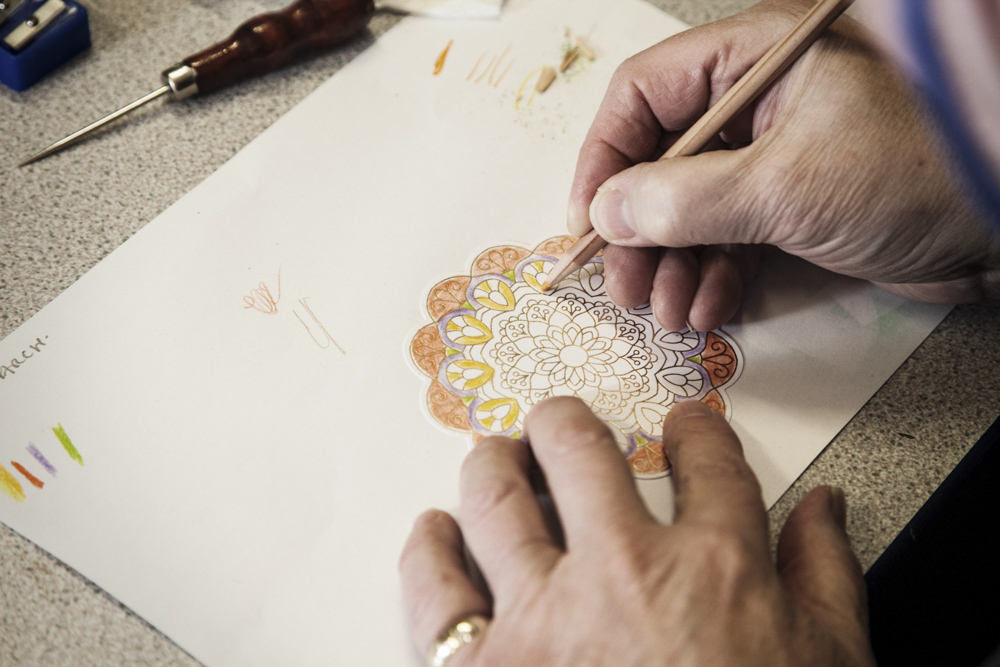 Ill health becomes the topic of conversation and one of the members says that she swears by ‘Pulmo Baileys’. There’s a stunned silence because no one else has heard of it.

We’re all intrigued by this weird-sounding medicine. “It sounds like something from the Wild West,” someone says. Wonder if anyone will be brave enough to go and buy some!

The nice thing about our group is the variety of conversations. No one knows where we’re going with our chatter but it certainly is diverse and invariably we will learn something new.

By now lunch is being served. We don’t go down to the cafe, our food is brought to us by our resident chef Matthew. Today’s hot pot looks particularly good, as does the meat pie and chips and the all day breakfast.

With food in front of us the conversation turns to school dinners and what our mums gave us as kids: mashed eggs with soldiers, bananas on toast or with custard. 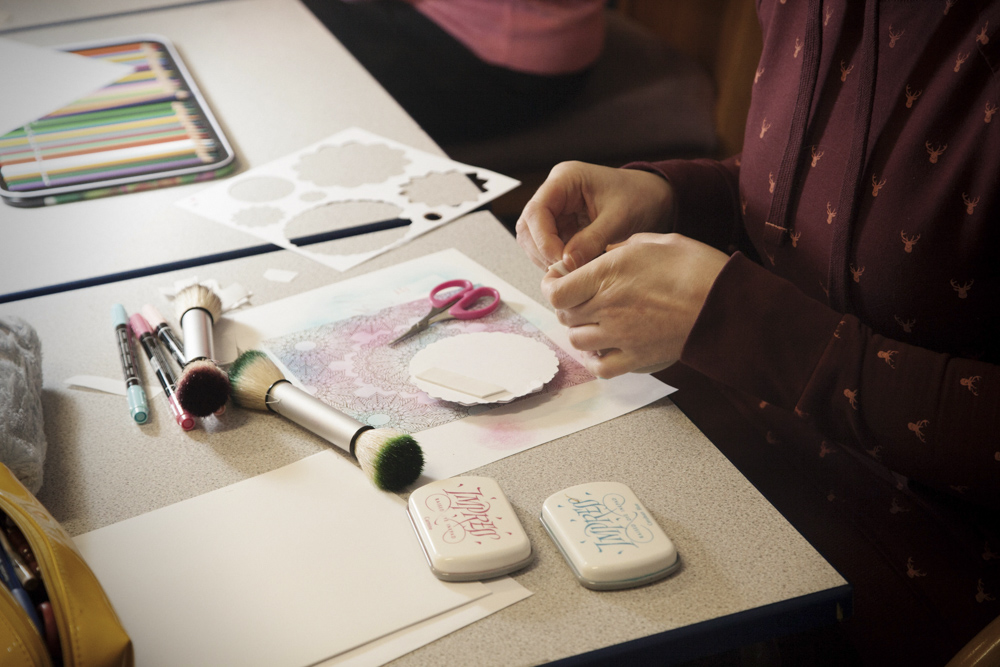 Someone fondly remembers the weekly spoon of cod liver oil, and whilst half the group lick their lips at the memory, the rest of us grimace. That’s obviously one you either love or hate.

“Do you remember eating coal when you were pregnant?” someone asks.

“COAL!” shouts someone else from across the table, which makes us laugh.

The cards are nearly finished now, it’s always amazing how different each one looks and everyone is pleased with their end result. It’s nice to have time for yourself with good friends.

Creative Community was formed for local people wishing to take part and learn new skills in creative activities such as card-making, knitting, etc.

The group is open to all and also has a very good understanding of mental health issues.

Not everyone who attends takes part in an activity, some just come for a cup of tea and a chat.

Our group is friendly and welcoming and meets at The Miners Community Arts and Music Centre, Moston every Wednesday from 11am till 3pm and the cost for this session is £2.

“Hello. My name’s Joan Tipping and I’m chair of the North Manchester Health Forum. Thank you all for coming.” 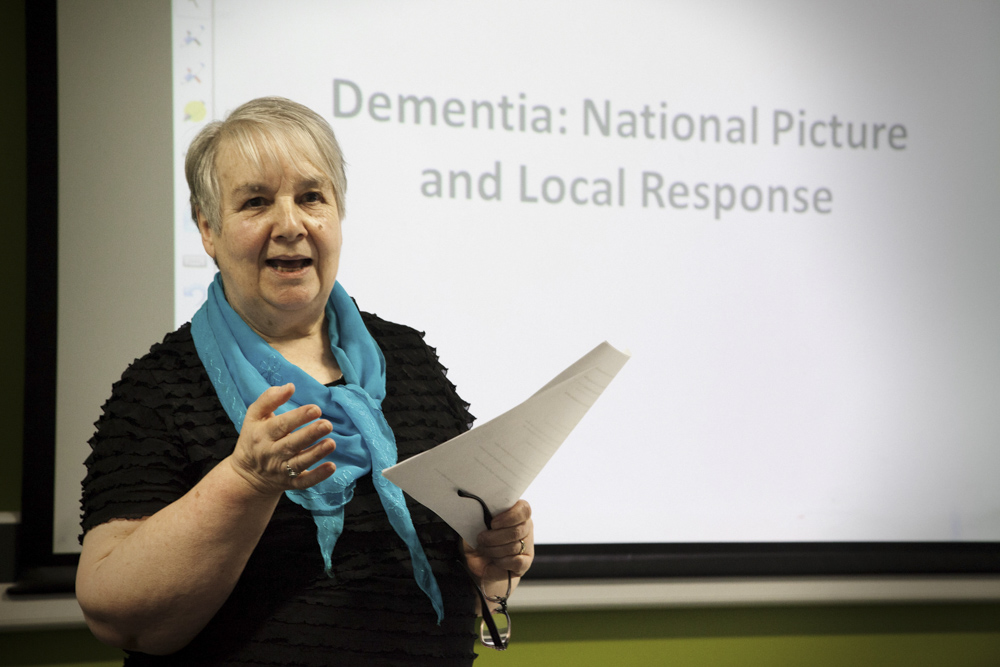 I don’t know much about Joan’s work. I thought coming to today’s Community Conference on Dementia would be a good way of finding out.

Before everyone had found their way to this community room in Manchester Communication Academy I sat down with a coffee and biscuit and introduced myself to one of the delegates.

“I’m writing about Joan because she’s a member of a local group working with Forever Manchester,” I had said to dementia specialist, Alpa Riga. It turns out that Alpa used to work with Joan in the local health trust.

“She’s now moved into the voluntary sector,” Alpa explained, “and she manages the Wellbeing Centre in Harpurhey. The centre is really influential and Joan is always up for piloting fresh ideas.”

“She’s quite a remarkable force then?”

“She is, yes, absolutely. She’s always taking on innovative new work and she’s currently looking at what the community needs in terms of dementia support.”

Joan is now telling her audience of health professionals, community representatives and carers how the Wellbeing Centre is trying to make their area more dementia-friendly. “And then, hopefully, that will spread out to other communities too,” she says.

“The reason we’re having this conference is to respond to people’s needs in a community way.”

How refreshing: listen to local people, hear what they need and tailor local services to meet those needs. Even better, support the community in finding their own, long-term solutions. It seems Joan has cottoned onto this approach long ago.

“In 1999, we set up the guided walks because people wanted a safe way of taking exercise. Those walks still happen every Tuesday afternoon. Next we set up Heart Beat, for those who had suffered a heart attack and had nowhere locally to exercise. That’s still going strong every Monday.”

Now Joan has her sights on supporting dementia sufferers and their carers. 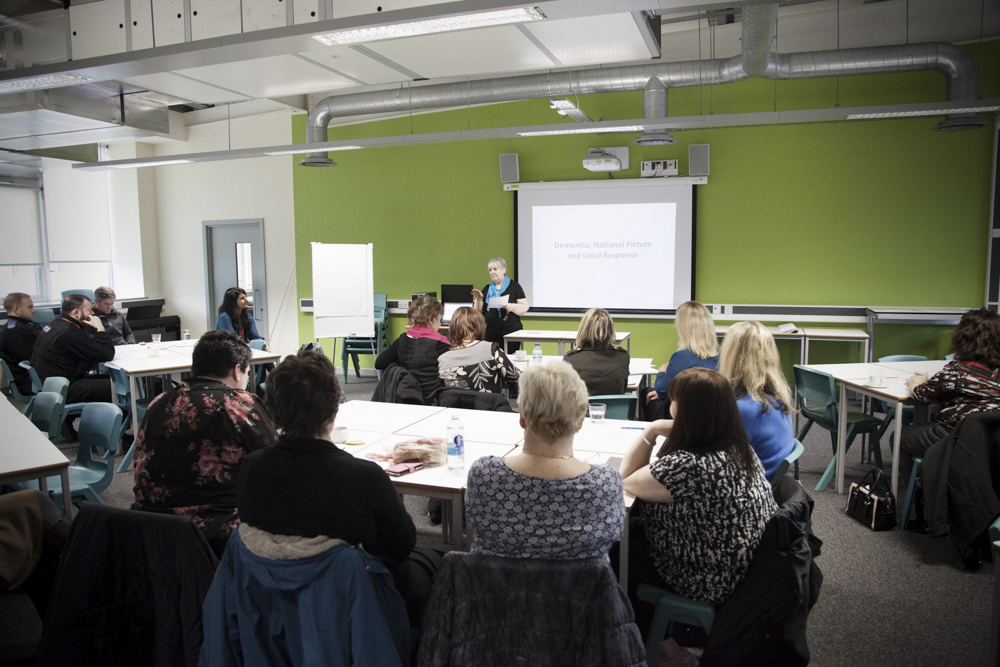 She next introduces Dr Ruth Thompson, a Manchester GP and commissioner of mental health services, who gives us an overview on dementia. “1 in 3 of the over-65s will have dementia,” she says, “and 1 in 3 of us will be involved with caring with someone living with dementia.”

Which all sounds fairly depressing. “But it’s an exciting time for dementia research,” Ruth continues. “The government is committed to finding a cure by 2025 and has invested £250 million into research.” 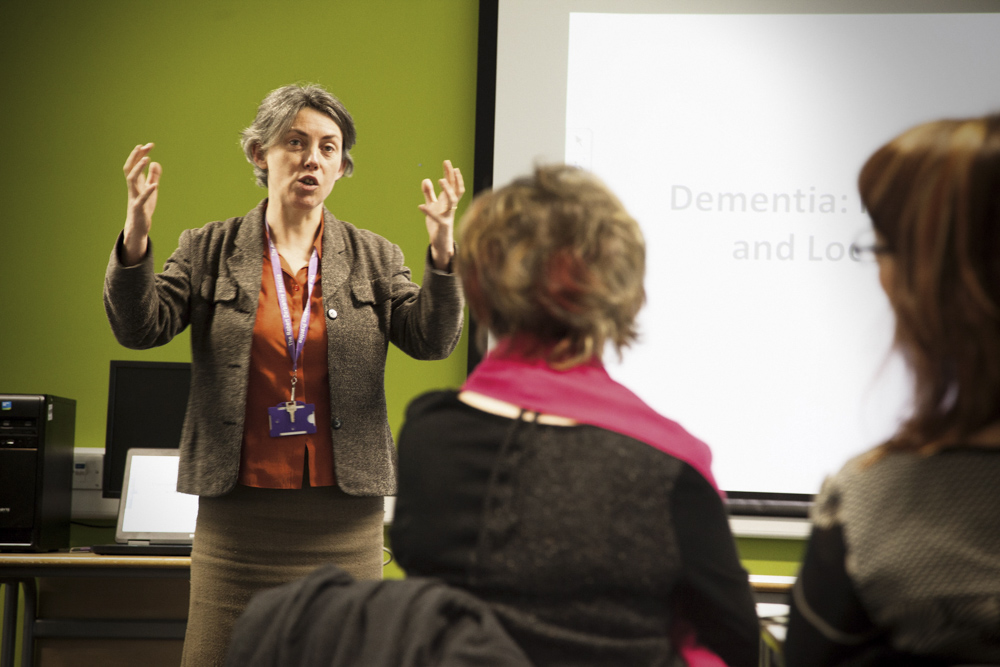 Ruth sets an upbeat tone and tells us that Manchester has some money for innovative ways of supporting dementia sufferers. This has got to be good news for people like Joan who can put it to good use.

As Ruth rushes off, back to do her clinic, Anthony Bradley from Everyday People takes the floor. Like Joan, Anthony sits on the Local Reference Group, advising Forever Manchester how to allocate the Fourteen funding.

Joan has invited him to talk about the reminiscence work he does with older people.

“We go into sheltered schemes, residential homes and community groups where we try to facilitate stronger relationships,” he explains. “Those relationships are the key to tackling social isolation which is the cause of much ill health.” 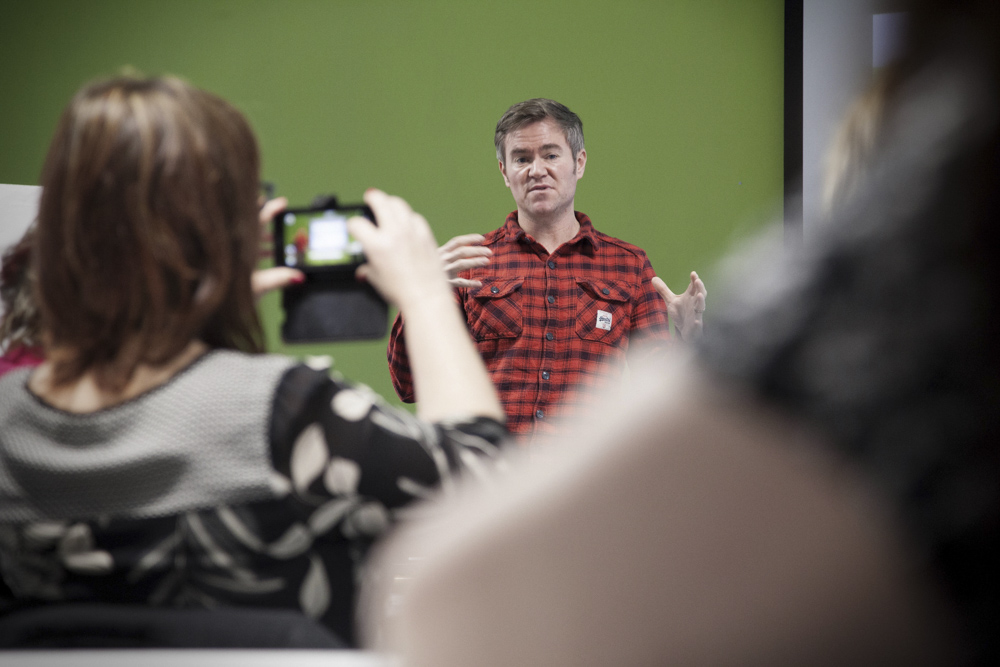 Anthony explains that music is a powerful tool in his work. “Yesterday we played songs from the musicals, from Evita, and a few of the ladies started crying.

“At the end of the session they thanked me because the music had evoked certain emotions which they felt safe to express in that environment.”

It’s all fascinating stuff and, as I pack up my things at the mid-morning break, I make a note to chat to Joan in the coming weeks about her dementia work in this community.