I’m at the Simpson Memorial Hall, Moston to observe a couple of sessions of the LAB Project run by Chris Higham and Sarah Jones of the Proper Job Theatre Company. I’ve done my homework and this course would suit me down to the ground.

People start to arrive. It’s a small group of mixed nationalities and, for most of them, English is their second language. Like me they’re a bit nervous.

First, the house rules, toilets, break times, etc., then Chris says “Try to take part in as much as you can. We ‘challenge by choice’ so if there’s anything you feel you can’t or don’t want to do, you don’t have to.” Then, it’s straight into an ice-breaker game. 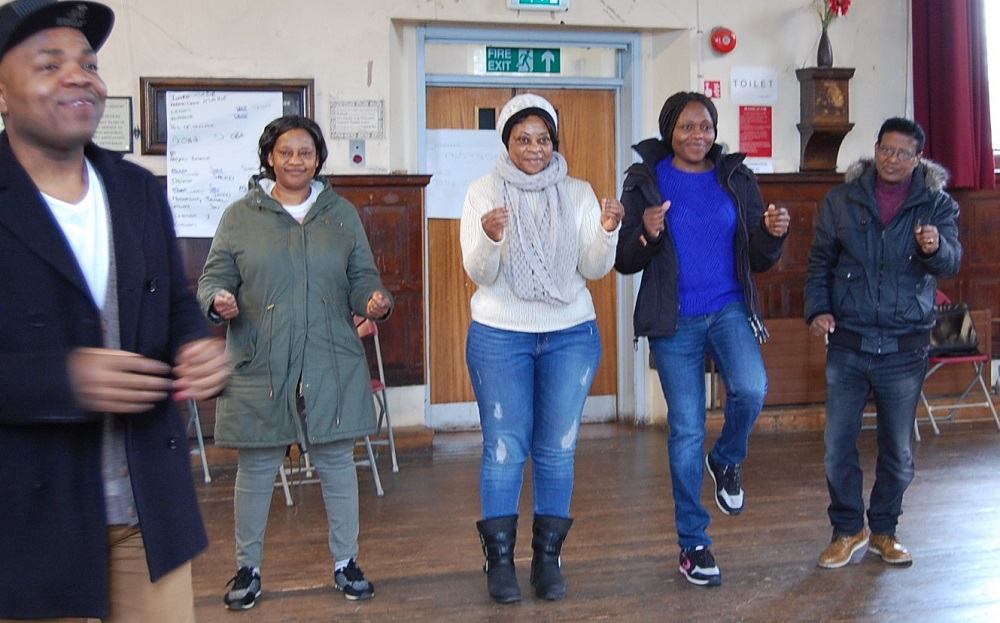 There‘s a daily workbook to fill in but otherwise there are no hand-outs, presentations, desks or lectures. Over the next few days we played various activities, listened, talked, signalled and even sang (and I don’t sing as a rule). We learned about each other, our similarities and differences, the importance of body language, feedback and learning styles. Also, about being in our comfort zone, getting into our stretch zone, avoiding panic… and, along the way, we all became friends.

Chris and Sarah were joined by a volunteer, Billie, who’d completed the course last year. They were incredibly patient and how they transformed a few shy strangers into a troupe of budding thespians in such a short time was simply impressive. 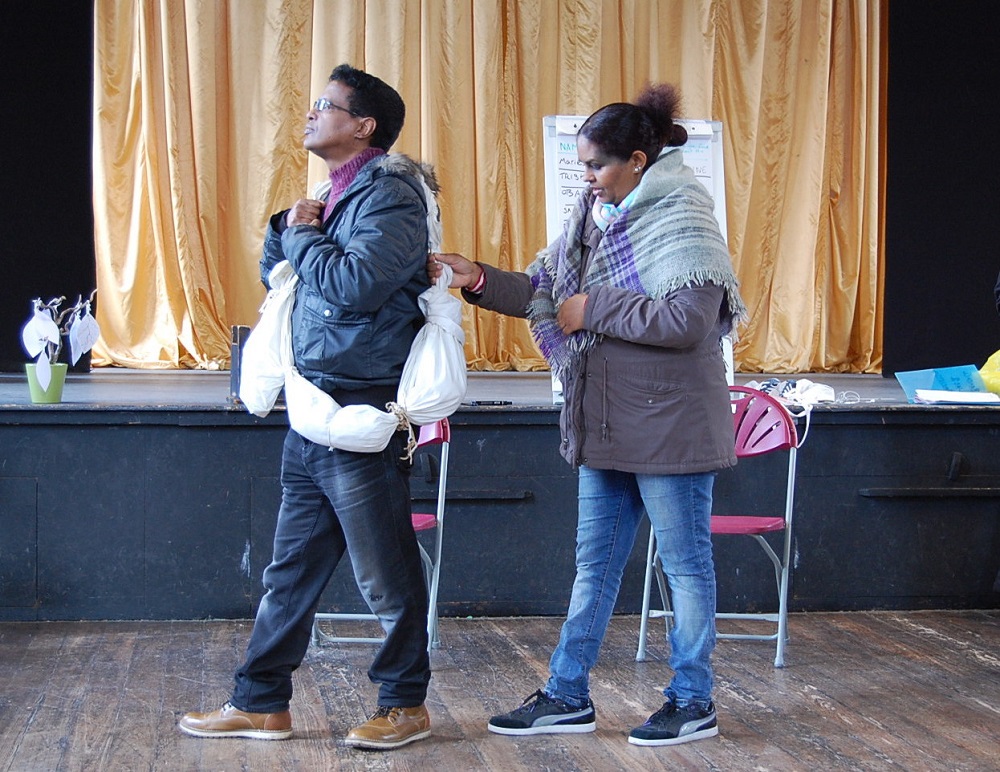 As the school drama workshop loomed closer. Sarah outlined each role. “Who wants to be first to volunteer?” She glanced at us and we all glanced at each other, tight-lipped.

“Feeling nervous is normal, it’s ok.” Chris said. “It’s a natural emotional response but not a negative one. Learning how to manage nerves is what’s important. Think of that stretch zone and give it a go. If you don’t like it you can change your mind.”

“We’ll run through it without any scripts first. I’ll talk each of you through your part. Billie and I’ll do the actions, you watch and then you copy.” said Sarah. “Get the story into your head first. Learning any lines will come easier.” One by one the parts were filled. 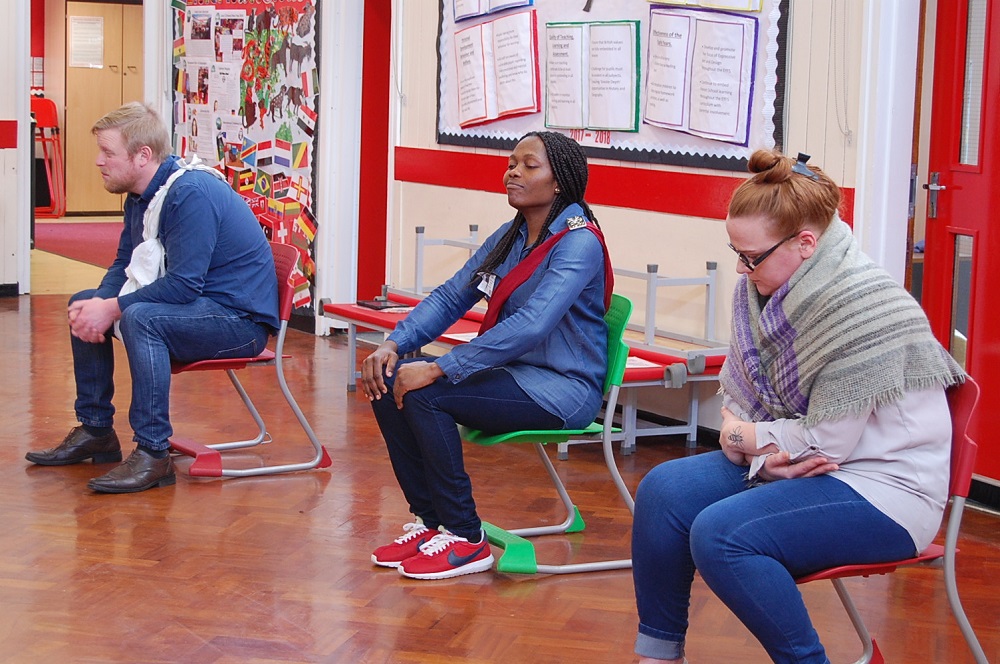 I have to skip a day and don’t join them again until we go to the school and perform the drama workshop. They told me later how nervous they’d felt beforehand but how elated they were afterwards. Their performance blew me away. The children loved it and so did the teachers. 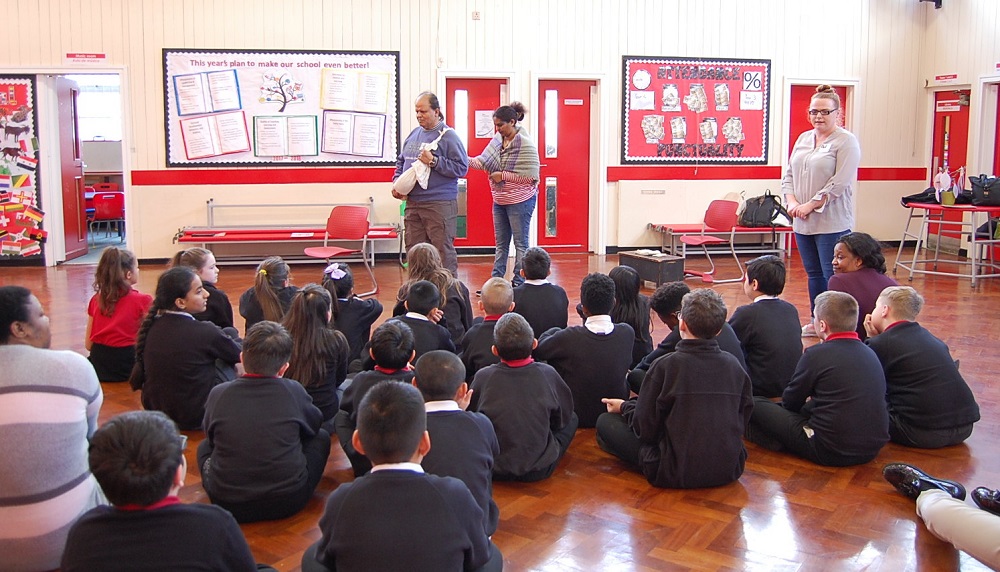 The project didn’t end with just a certificate, a gift for attending and a round of applause like most other courses. The LAB project concludes with a progression session. Various organisations are invited to meet the group and help them take the next step towards employment. They’re given information, signed up for further courses, training, work placements or voluntary work – whatever they ‘chose’ to do. 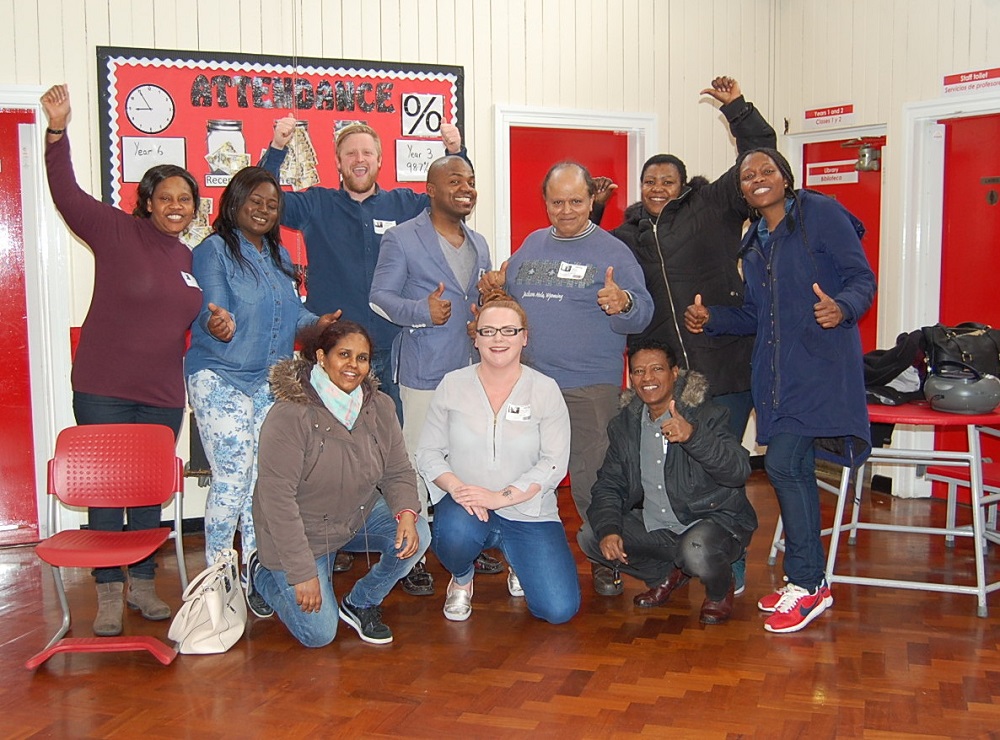 What can I say? Was it the best course I’d ever been on? Yes – and I’ve been on lots. Do I still get nervous? Yes – but less often and I can deal with it. Am I more confident? Yes – and I’m so grateful.

For contact details and to find out more visit the LAB website. There’s video on there – it’s quite inspirational. 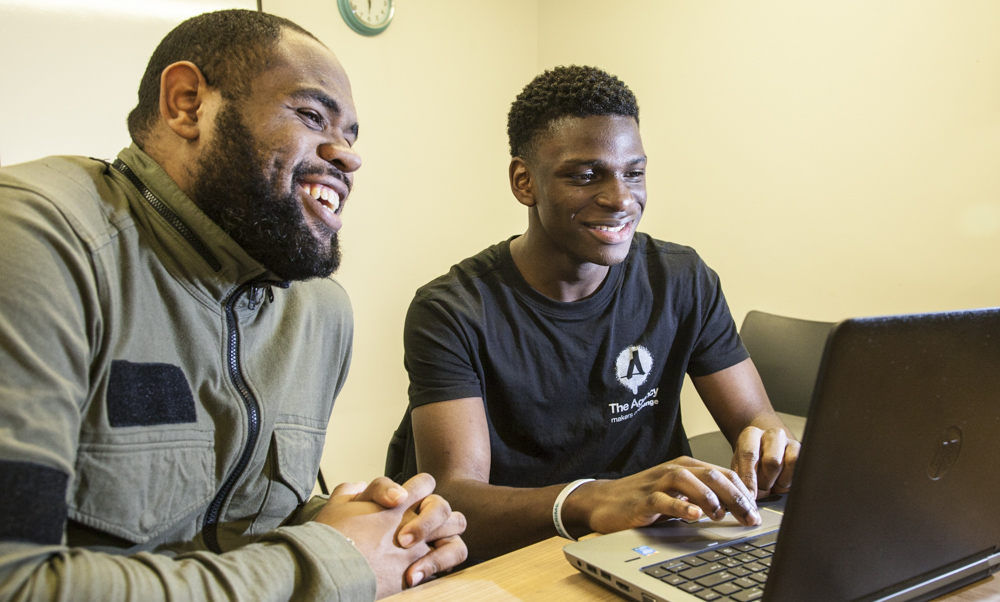 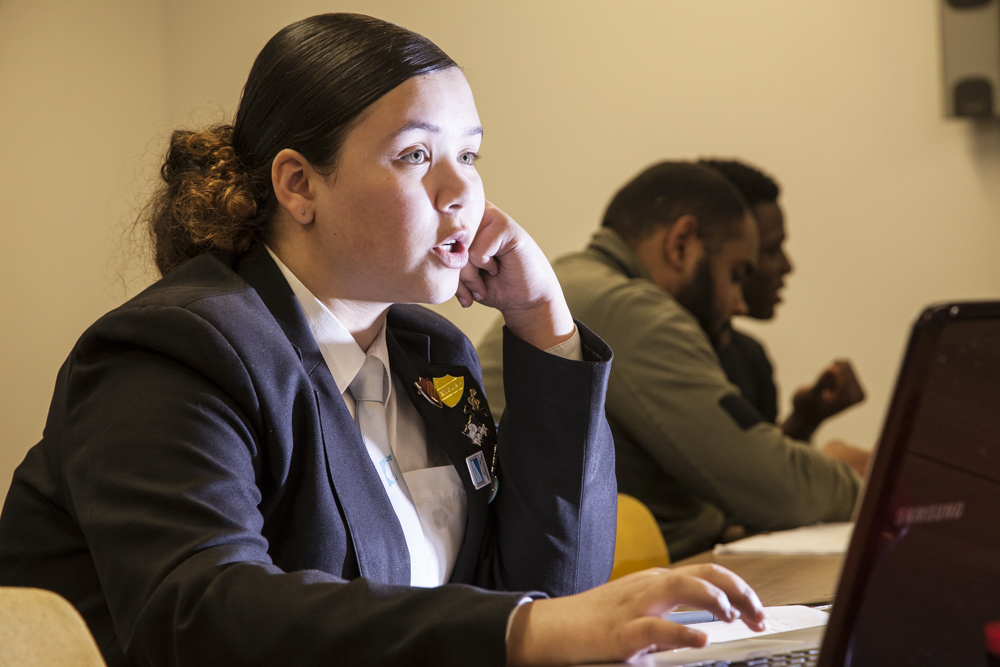 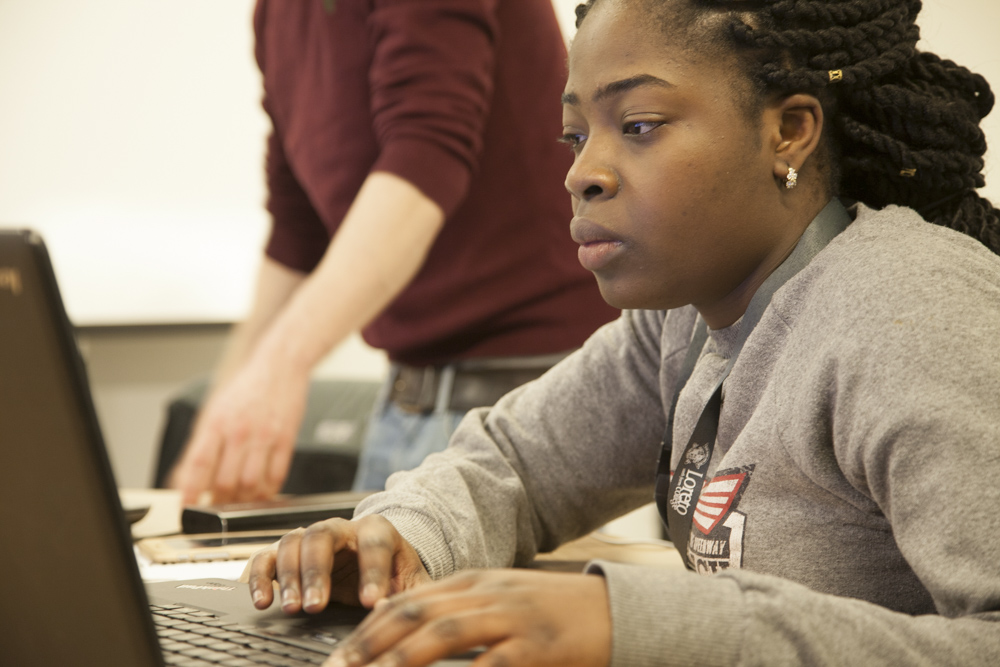