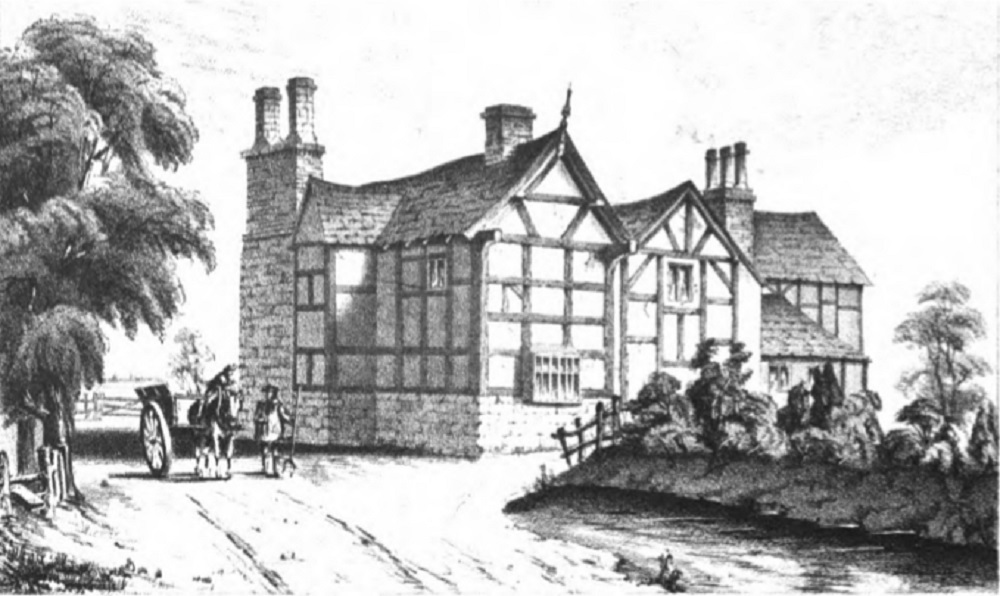 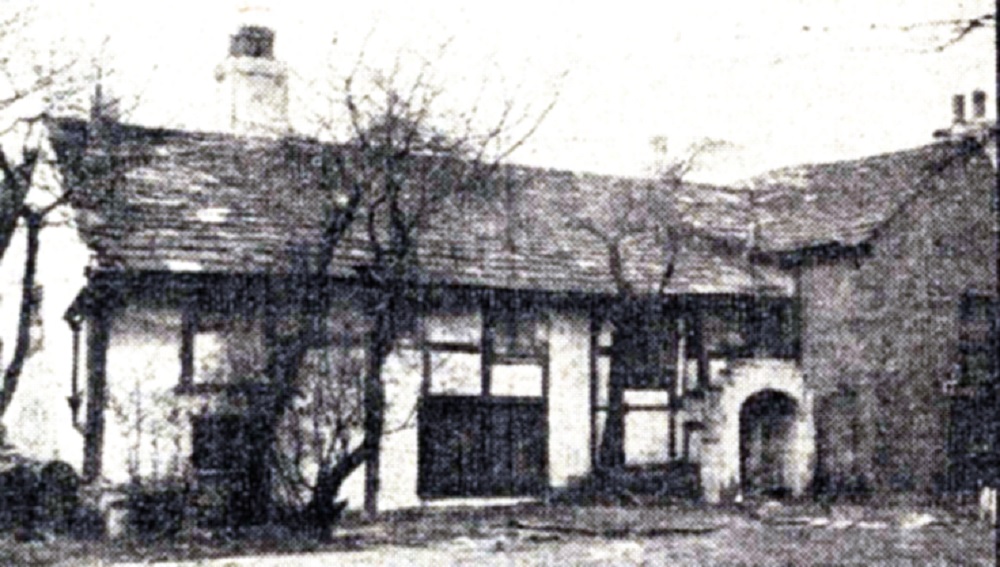 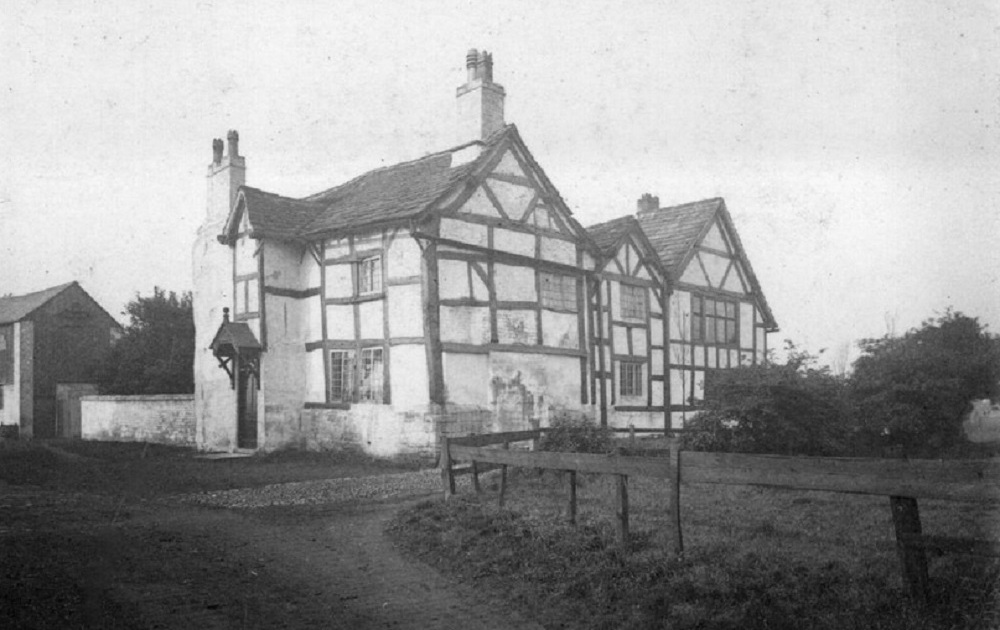 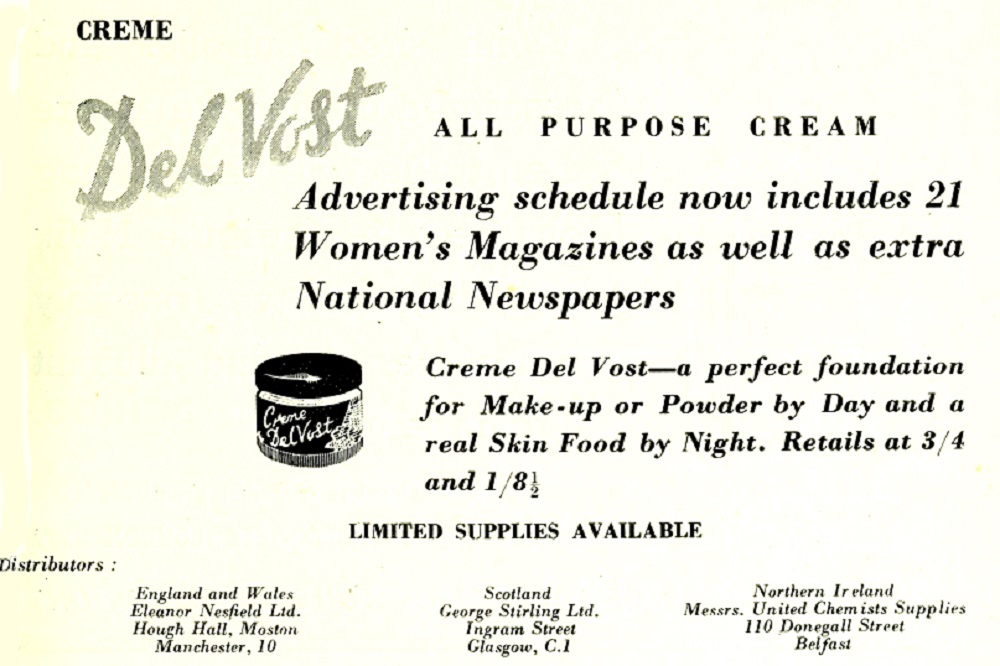 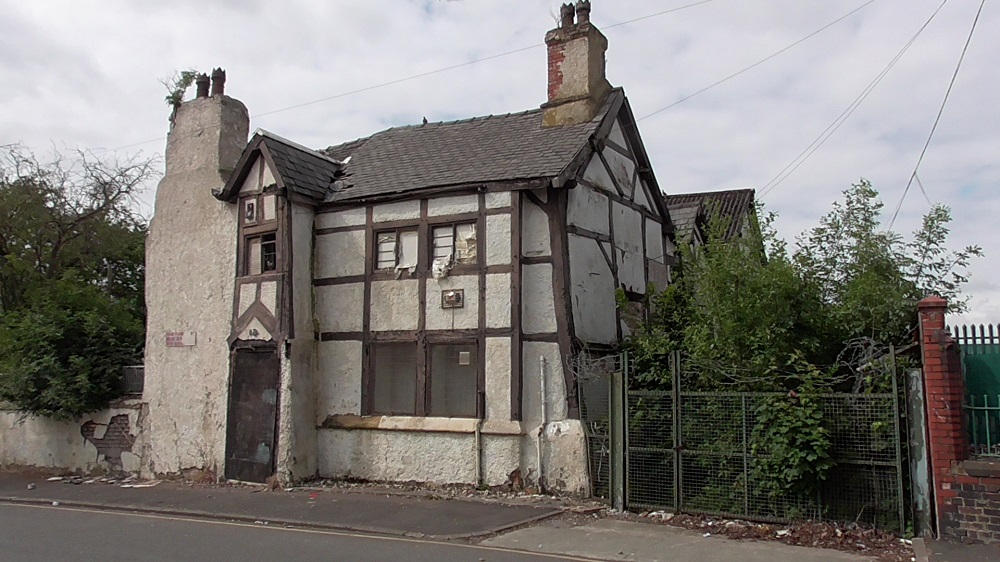 If 1963 was Philip Larkin’s ‘annus mirabilis’, we baby boomers had ours in 1953. On the 5th of February that year, along with butter and sugar, sweets came off ration. Suddenly all that governed our purchases was how much we had to spend.

Although it wasn’t the closest to home, the sweet shop of choice was known to us kids as ‘the old man’s’. As I went to school with his daughter, he must have been considerably younger than I now am. 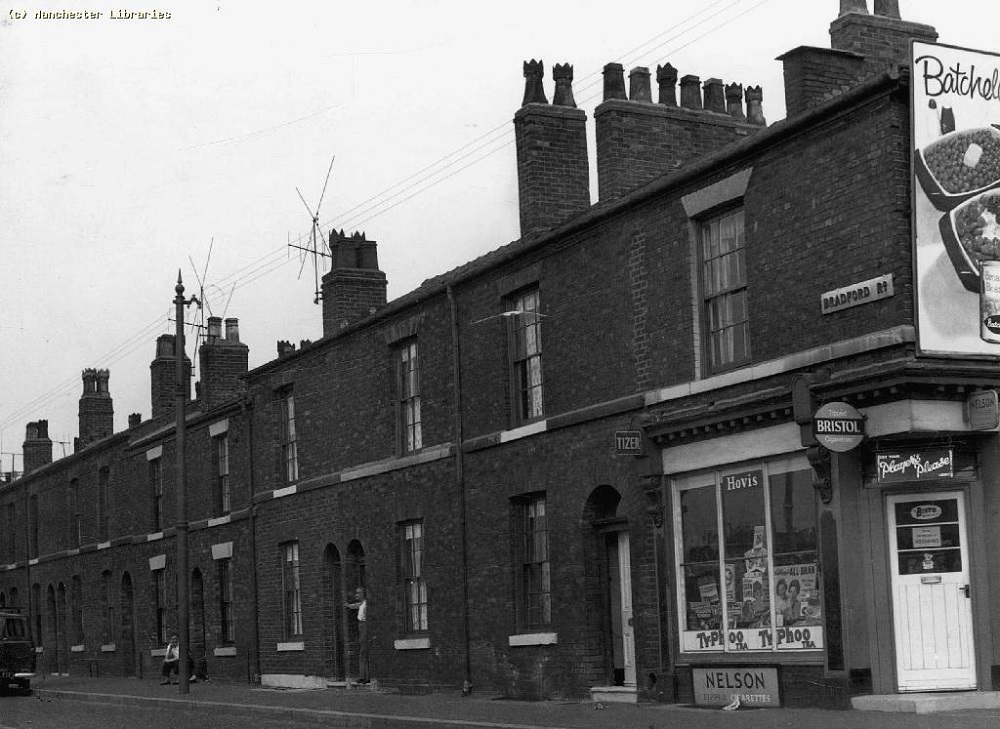 The shop’s attraction was that while the front window displayed packets of dried peas, Kingpin flour and custard powder, the side window was a child’s box of delights. Standing outside discussing what we should choose was almost as enjoyable as the sweets themselves.

Glass jars of 6d a quarter items such as sherbet lemons, pear drops or cinder toffee were ranged along the back. These sweets were not individually wrapped as they are today; on the rare occasion we laid out 3d for 2 ounces, they were weighed out into a triangular poke bag. A few minutes in a warm pocket soon bonded the sweets into a solid mass which stuck to the paper more effectively than any glue.

Immediately In front of the jars were display cartons of the more expensive toffee bars and packet sweets such as spangles and fruit gums that mostly cost 3d. In my humble opinion, the banana split Palm toffee was well worth the investment.

The very front of the window had the cheap and cheerful stuff like ‘all day sucker’ lollies, arrow bars or 4 for a penny fruit salads, mojos and blackjacks. 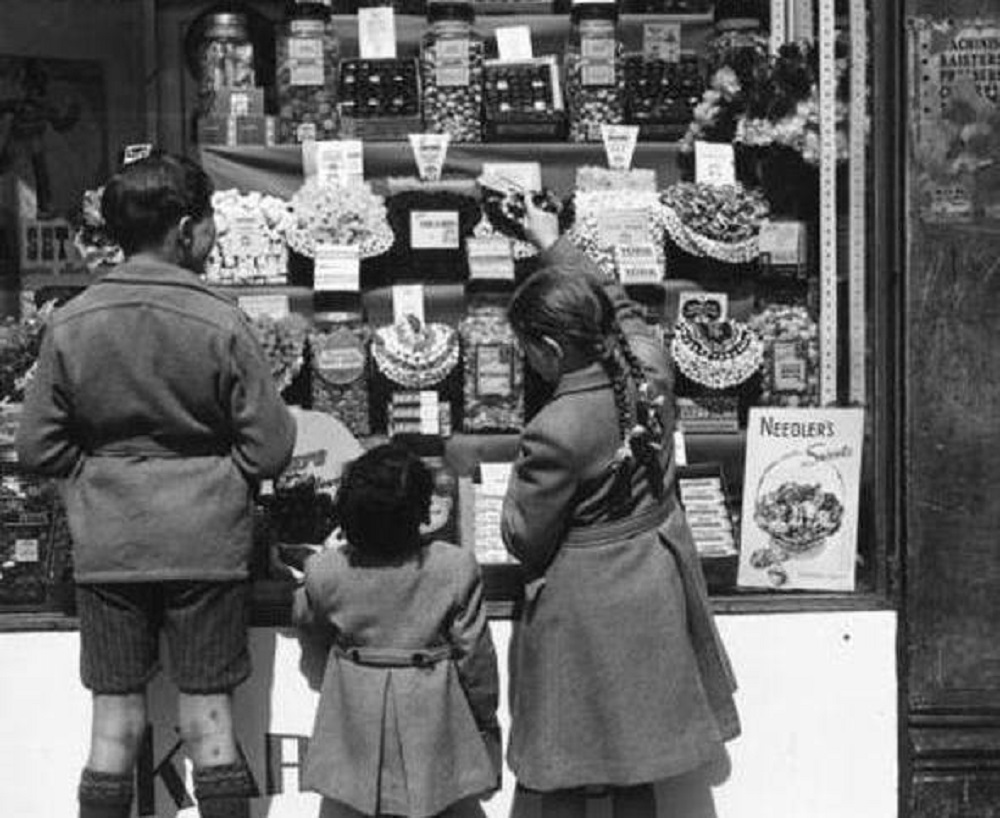 I seem to recall tuppence (less than 1p) being regarded as the amount grown ups were likely to part with on an ad hoc basis. The most popular tuppence worth was Kali and Spanish. I searched for Kali on the internet and was surprised to find it still available under that name. Kali is tart lemon crystals not at all like sherbet or the insipid rainbow crystals also available at 6d a quarter.

For tuppence you got a poke bag containing an ounce of Kali and a halfpenny Spanish to dip in. The Spanish was hard with a bitter taste and should not be confused with the soft sweet liquorice whirls, pipes and shoelaces sometimes also known by the same name.

The Kali/Spanish combination was one of the finest taste sensations ever. By the time the Kali was finished, there was usually about 2 inches or so of Spanish left. Without the Kali, the taste was too strong for me and I generously donated what remained to my granddad who loved it.

Another treat was penny ice lollies. They were made in flat aluminium moulds and came from a freezer whose large cabinet belied the smallness of its interior. Our favourite flavour was Vimto, but there were a minority of kids who favoured milk lollies.

And then there was ice cream. In the early years of Victoria’s reign, Manchester began to attract Italians who were skilled workers in stone or glass. Musicians and peddlers followed and swelled their numbers so much that part of Ancoats was known as ‘Little Italy’. 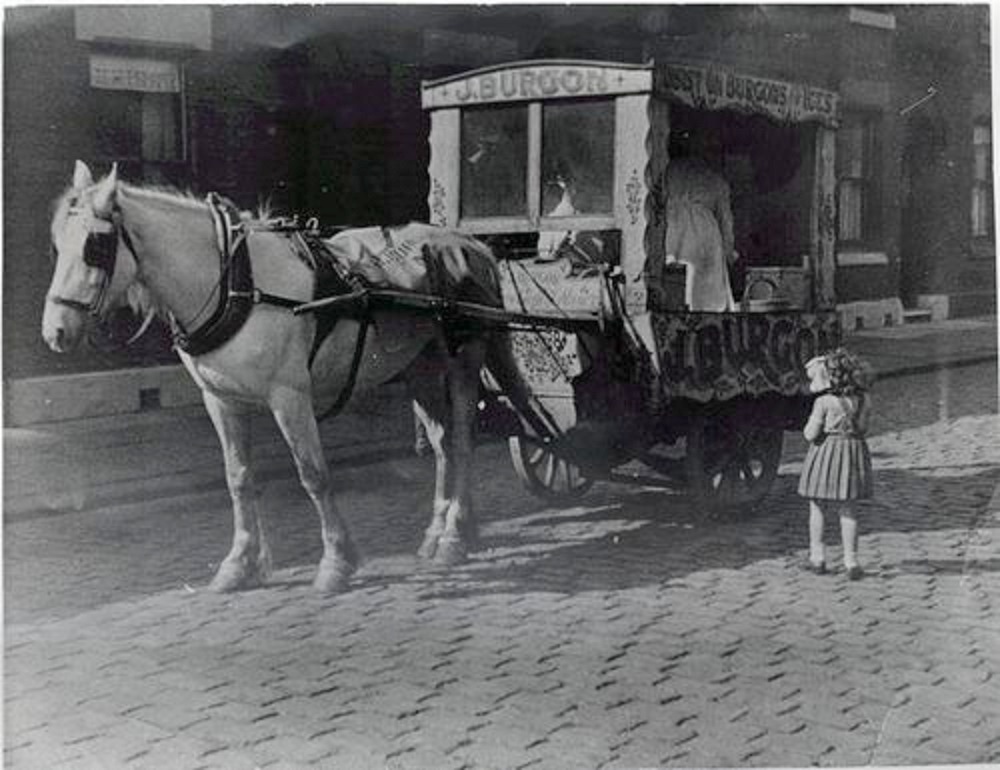 Fortunately for us, some Italians turned their hand to the manufacture of ice cream. Originally it was dispensed in licking glasses which gave it the nickname ‘hokey pokey’. The derivation was hocus pokus because the thick glass magically magnified the small amount of ice cream it contained. This unhygienic method of service was replaced by the variously shaped and uniquely textured biscuits known as wafers.

The family preference was for twists, but sometimes my granddad would ask me to bring him what he called ‘a shutter’ (an ice cream wafer to the rest of the world).

There were no electronic chimes for us. It was a brass hand bell that summoned us to Bertaloni’s cart that was pulled by a beautiful white horse (similar to that pictured). The driver was known to everyone as Tony – which might have owed more to our stereotyping of Italian names than his birth certificate.

Another of my all time favourites was a scoop of Tony’s ice cream collected in a bowl taken for the purpose. Back home I dropped it into a glass of Limeade. This was a double treat as fizzy drinks were a rare luxury in our house.

I wonder if you can still buy that hard Spanish at the chemist’s, because the thought of that on-line Kali is making my mouth water.