“This one’s got bits of chorizo and smoked cheese,” says Louis showing me one of his pies in the community café. “It’s a bit misshaped, but it’s all there. Very rustic.”

Louis Beckett has been running The Miners Community Arts and Music Centre for nearly seven years.

Back in the day this single-story building off St Mary’s Road was a washroom for the local pit. Then it became a working men’s club until it closed in the early 90s. 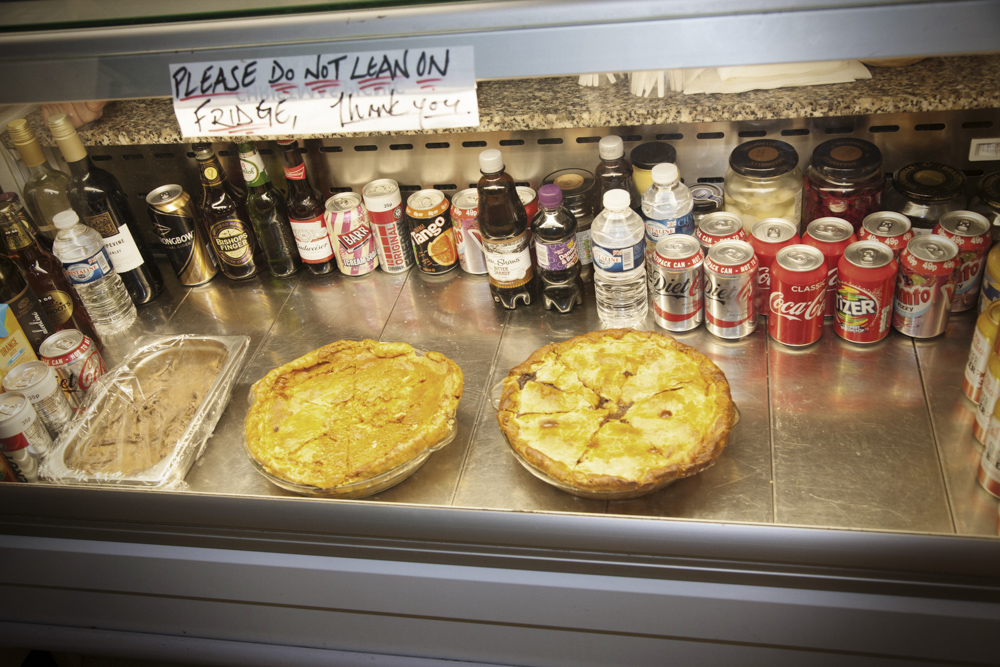 Louis has in fingers in so many pies, I’m finding it difficult to pin him down. “As well as running this place, you’re also an artist, aren’t you?”

“I like being creative in whatever I do,” he says, pulling the pie-heater away from the kitchen wall so he can clean it. “Even with my cooking. But I have to do all sorts running this place. One minute I’m the cellar man, the next I’m taking bookings for gigs.

“But I do like to think of myself as an artist, although by trade I’m a welder, a fabrication engineer.” I must have pulled a puzzled face. “I know, it’s a bit weird.” 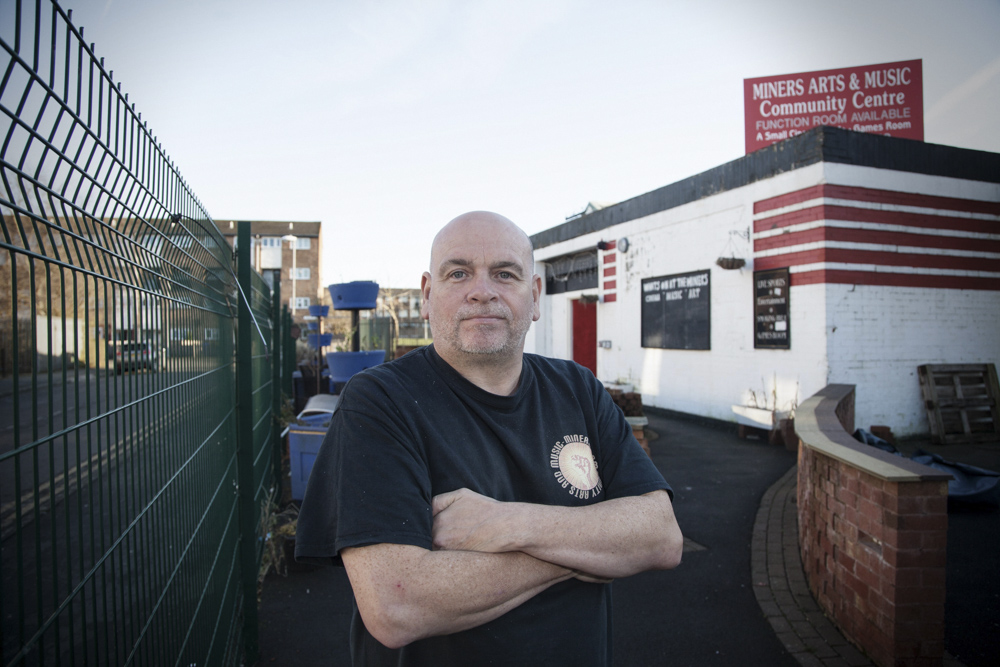 “I loved art as a kid. I started off at St Thomas More School in Miles Platting before I moved to the High School of Art in Cheetham Hill. That was great. It was much more creative than it was academic.

“When I was 12 or 13 I had a job as a butcher’s boy for Yates’s Butchers on Tib Street, next to the Wine Lodge. When I turned 16, the butcher – Norman Dixon – offered me a full time job.

“Really I wanted to be an architect but my dad said no, I had to get a ‘proper job’ rather than go on to college and university. I didn’t want to be a butcher so I went looking for another job. Bolton Brady Industrial Doors and Shutters in Ancoats was taking on apprentices and I went there and learnt the bench. Engineering was a semi-skilled job and I loved fabricating with metal.”

“Were you annoyed with your dad for not letting you follow your passion?”

“When Bolton Bradys shut down I got a series of jobs in small fabrication workshops, a few years at a time, until they shut down and I was laid off.

“In my 30s I went back to college and did A-levels in Fine Art and Design. And then I applied to Huddersfield University to do a BA Honours degree in Fine Art.

I took just three paintings to the interview and sat and talked to the people on the panel. They listened to what I had to say, looked at my work and said, right, you’re in. “But I couldn’t afford to go. It was full time for three years. So I went back into fabrication for another five years.”

continued in: The Miners: an oasis in a desert of closed venues and dwindling resources