Continued from “The best feeling ever.”

We’re at Collyhurst and Moston boxing gym and I’m in the middle of interviewing 15-year-old boxer, Ellie O’Brien. She’s been telling me about winning her first boxing bout.

“What do you think this place does for local young people?” I ask. 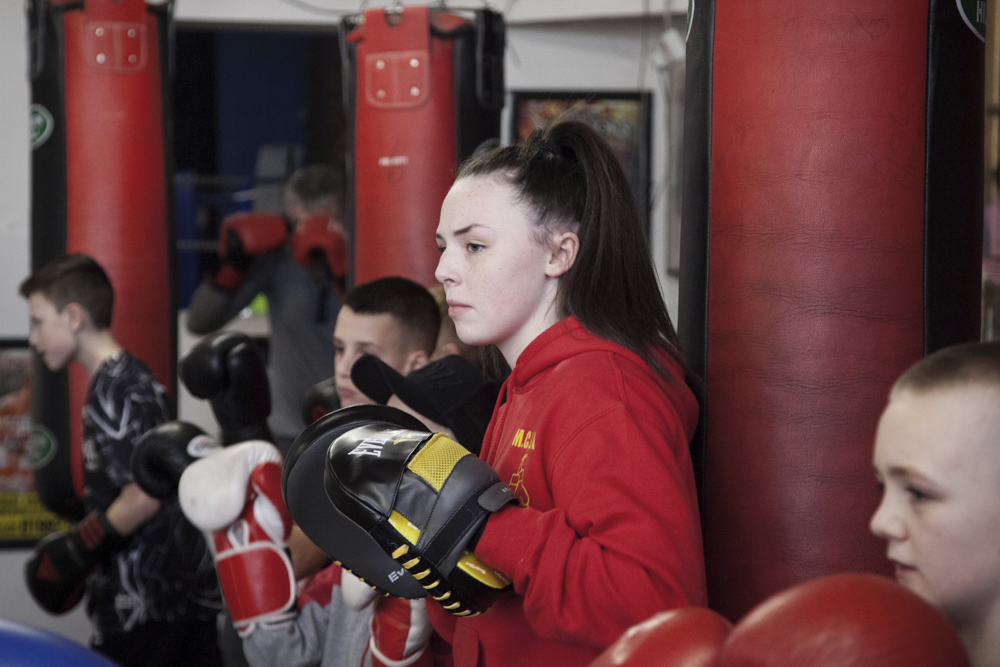 “It keeps you off the street,” Ellie says, emphatically. “You’re here making something with your life rather than out doing nothing. You’re making your future aren’t you?”

“And how does affect other parts of your life?” 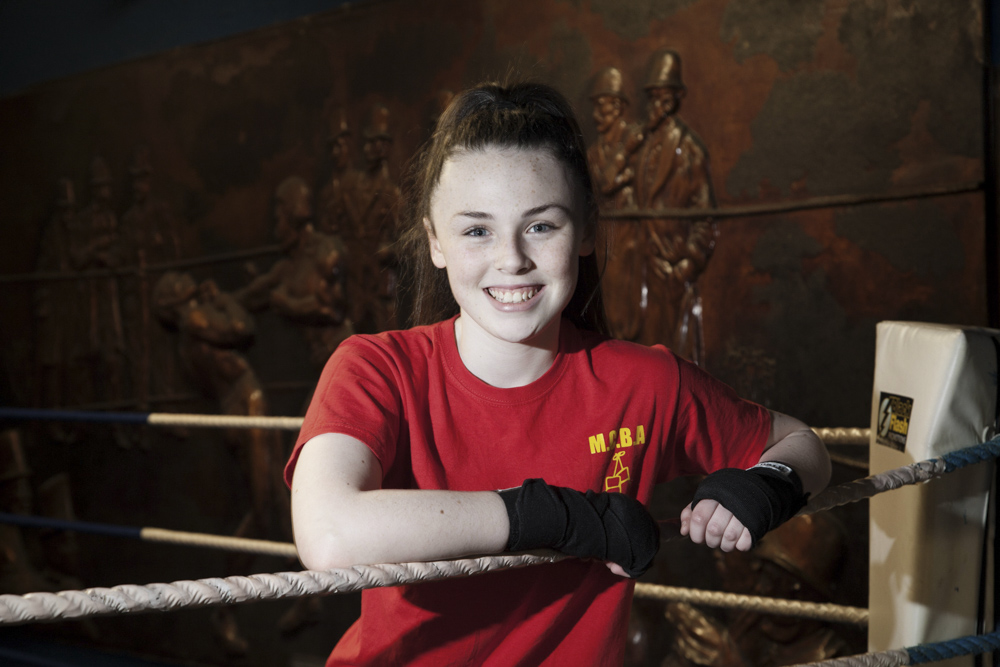 Ellie’s dad is here to pick up her brother. “It’s really improved her confidence,” Lee says. “She’s a totally different person. It’s all she talks about.”

“So this club has a big impact?”

“Massive. Not just on Ellie but on the whole community. It’s so important what Tommy, Pat and the other trainers do for them. If it wasn’t for this, all these kids would be messing about on the street with the rest of them. It keeps them on the straight and narrow.

“Ellie’s disciplined now. She goes home after her training and gets on with her school work. It’s massively changed her life.”

The older kids are warming up now, shadow boxing, hitting punch bags. I catch up with Tommy again.

“It’s very impressive,” I tell him. “It’s not the most glamorous place but what you are doing is really important.”

“These kids need this place,” he says, passionately. “When I was a kid, I needed this place. Let me show you what we’re doing in here.” 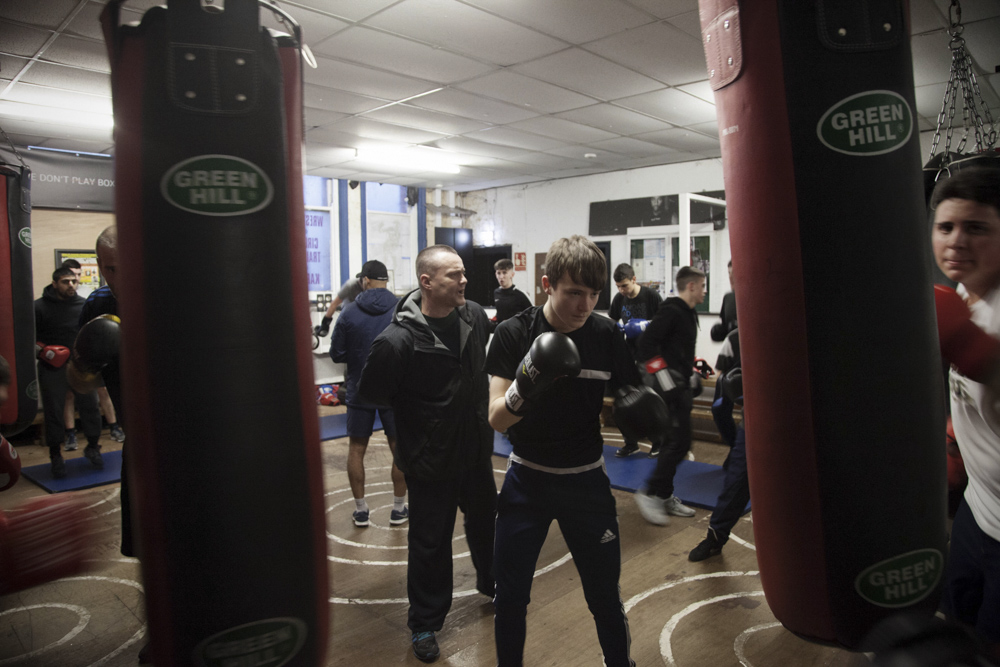 Tommy leads me through the weaving boxers. “Don’t be hitting Len now,” he says to no one in particular. A door on the other side of the gym leads to what looks as if it was once a storeroom. Now laptops sit on a couple of tables.

“I’ve made this into a classroom,” says Tommy. “You know, there are some kids who won’t go to school but they will come here. They love it, they feel at home here. They might never be boxers but we can teach them other skills too.

“These kids feel part of something and we can help build their confidence from within. I know, as a kid, boxing saved me.”

“Brian’s favourite quote was, ‘We don’t teach kids boxing, we teach them a way of life’. And that’s what we’re still doing. Yes, we’re boxers, but we’re respectful people and we help each other.”

“It’s really inspiring,” I say. “And what about your involvement with Forever Manchester and the Fourteen programme? How has that worked?”

“It’s been really useful not only with the funding we’ve had but also with making connections. Off the LRG (the Local Reference Group) we’ve done quite a lot of work with MaD Theatre and with FC United. They’ve all been great, we’ve a really good group.

“We’ve had some funding for video equipment and we’ve made a little video with MaD that the police are using now, so that’s been good.

“Yes, first and foremost we’re a boxing club but lots of kids want to do others things within the safety of the club, and the Fourteen programme has allowed us to do that.”

A new book about the boxing club’s 100-year history will be published later this year. We’ll be reporting on it here.