“Today is particularly important because it’s about safeguarding children,” says Shelley. “Volunteers are being trained in what to do if they see or hear anything that concerns them.” 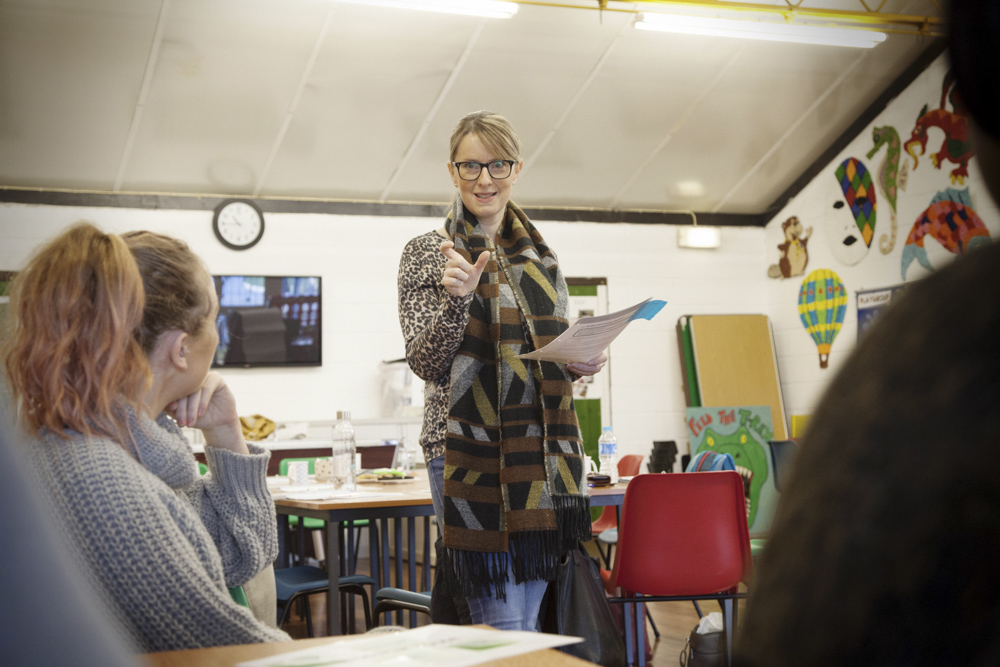 I’ve come to the Turkey Lane and Monsall Centre in Harpurhey to sit in on a training course led by the family support charity Home-Start.

“Do you mind if I’m a fly on the wall?” I ask once I’ve introduced myself.

“We’re doing a quiz to establish what we already know,” says workshop leader Shelley Roberts pointing out little cards strewn in front of the participants. “Safeguarding is a really grey area and we all bring our own experiences to each situation.” 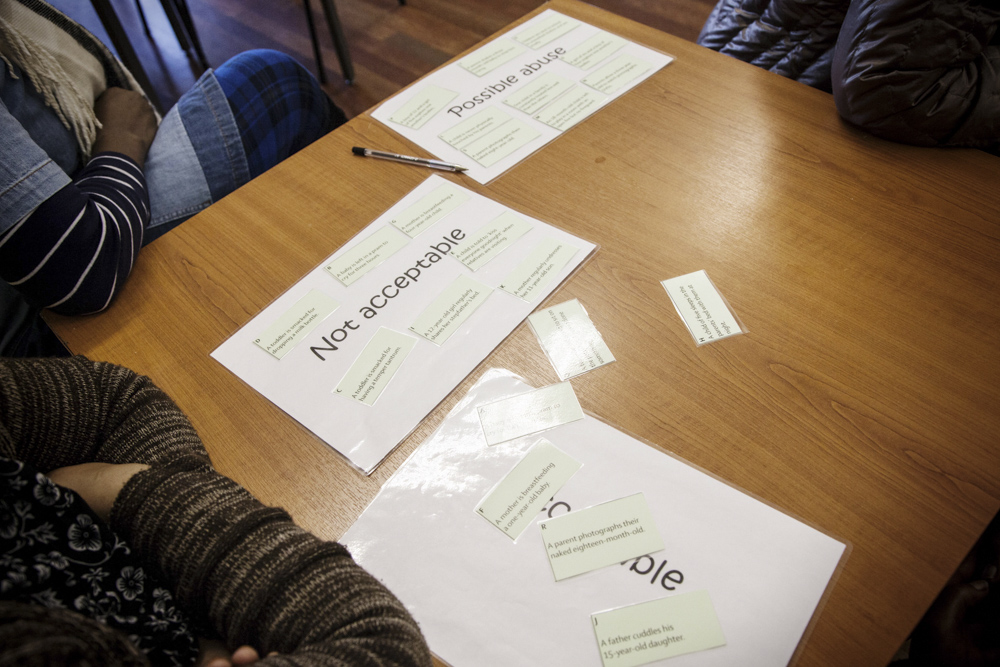 Home-Start is a national network of independent family support charities. They each recruit and train local volunteers who visit families with young children. All the volunteers have parenting experience and, with the charity’s help, they offer guidance to other parents who might be struggling to cope.

There’s a lively discussion around smacking. Is it ever acceptable? “If a child is having a tantrum then smacking isn’t going to help,” says one woman, “you have to find the reason for the tantrum.” 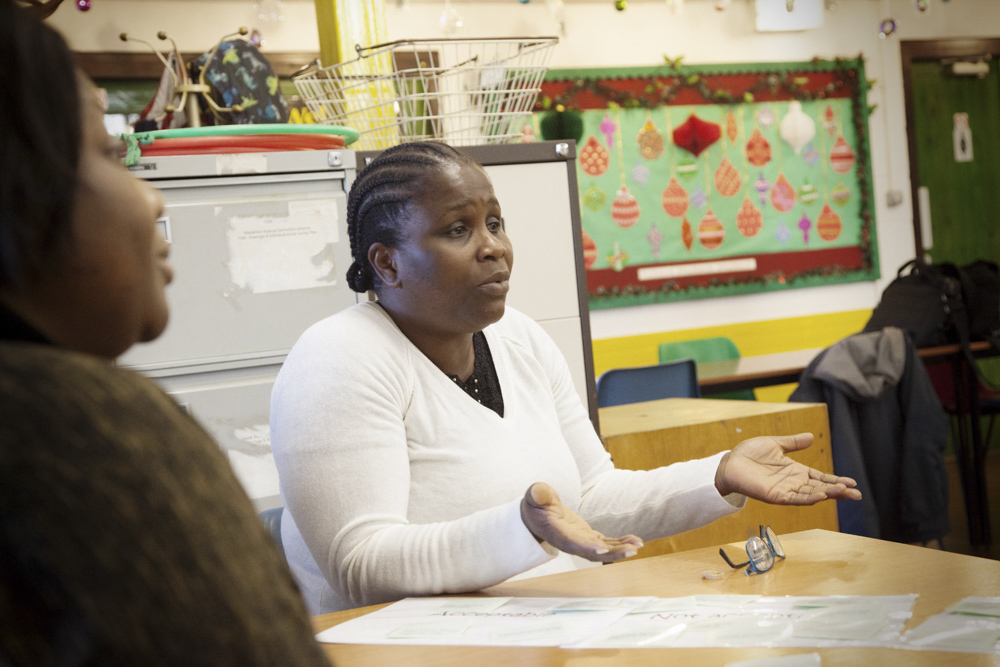 “There are other techniques to control your child,” says another.

“Smacking is a really contentious issue, isn’t it?” says Shelley. “There are lots of generational and cultural factors around smacking a child.” 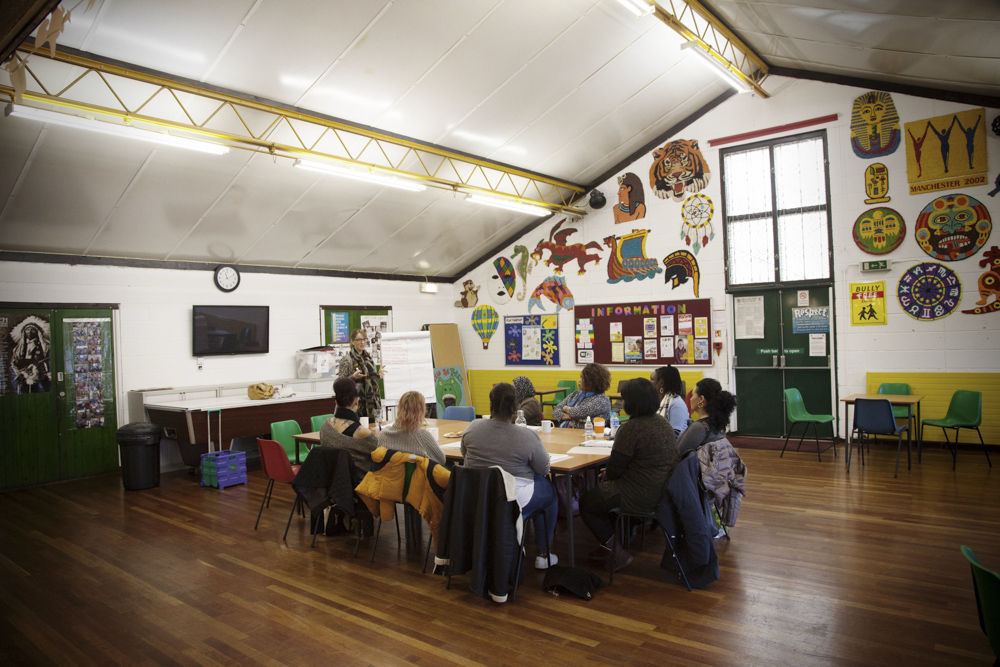 During a tea break I ask Shelley how they get to know about families in need. “Mostly through the health visitors,” she says, “because all our families have at least one child under five and are still being seen by a health visitor. But also through GPs, nurseries and other health practitioners.”

I’m introduced to some of the volunteers. Bukky, Afi and Amna have already been working for the charity and are using the training session as a refresher.

“This training is really useful,” says Bukky, “not just for the work you do with other families but it gives you more confidence with your own. It helps you make informed decisions.”

“Before I worked with Home Start I was feeling very low,” says Afi. “But by helping someone else it really boosted my confidence. I’ve now got a job. Yes, it’s improved my life definitely.”

“What have you got out of volunteering?” I ask Amna who says she first did this training course three years ago.

“Honestly, it’s given me a lot of knowledge,” she says, “and it’s a great opportunity to gain experience.” Amna tells me something about one of the families she’s already supported. “The mother would share things with me that she hadn’t shared with anyone else and that’s a great honour to have someone’s trust.”

Before the mugs are put back in the kitchen and the session resumes, I hear from new recruit Sarah whose daughter’s autism diagnosis prompted a career change.

“She’s five now and is getting lots of help at her school but for me, as a parent, I feel as if I’ve been put through the mill,” says Sarah. “The process made me feel isolated with no emotional and practical support. I want to help other people who might be going through the same experience.”

This will be Sarah’s first volunteering role and she’s looking to switch to a caring career, maybe as a support worker. “I’m not sure what field I want to go into but I do feel this is going to be a great starting point.” 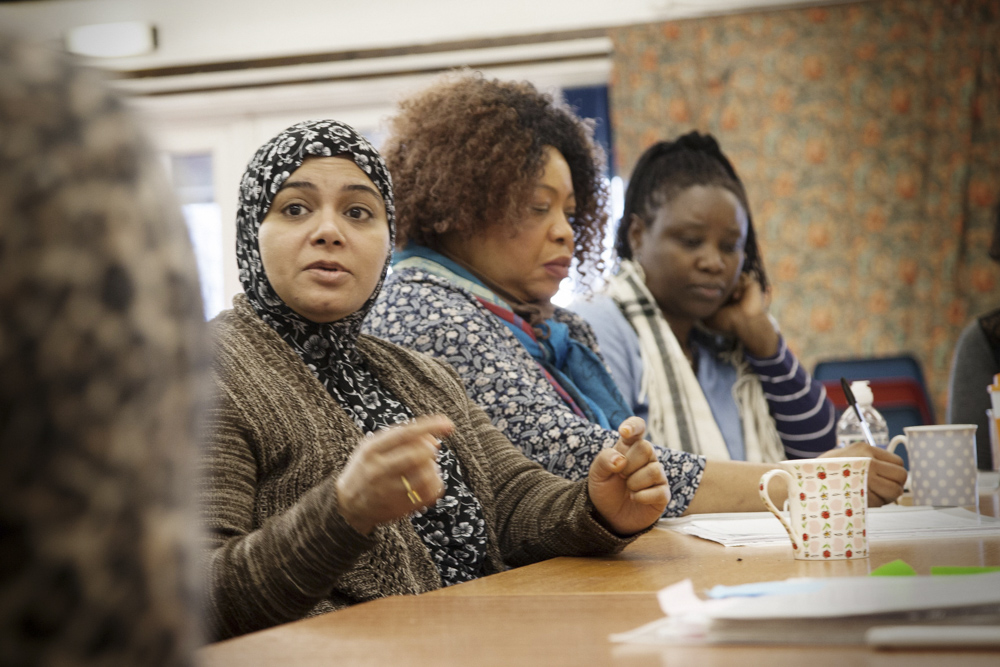 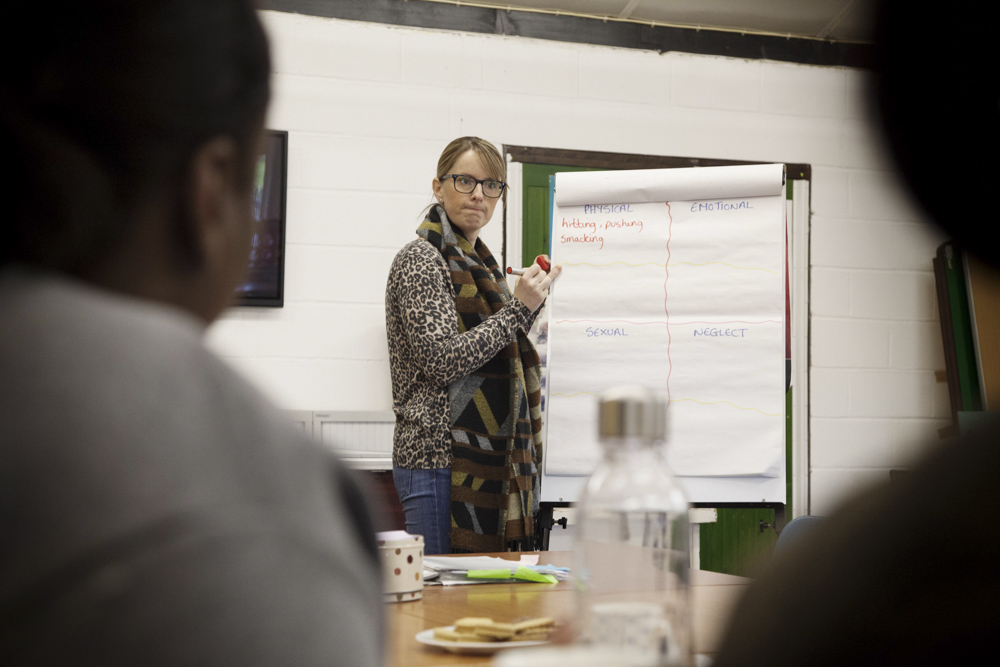 “Let’s move on,” says Shelley as she encourages everyone back to the table. “Let’s talk about how you might recognise the signs of neglect and abuse.”

The Home-Start training courses In Harpurhey and Moston have been supported by the Fourteen programme. The next training course starts in January in Moston. Contact Shelley on 0161 721 4493 for details.