Anthony and I arrive in the wet car park together. “Have you got a spare hand?” he asks, grappling with his audio equipment.

For the next hour and a half Anthony Bradley from Everyday People (read Anthony’s own story here) is booked to deliver another reminiscence session with the older residents of Lightbowne Hall in Moston.

“We run these sessions in sheltered schemes as well as residential homes like Lightbowne,” he explains as we wait for the lift in the smart reception area. “It’s all about connection and compassion, and having a good time. I don’t mind playing the fool for a while if it gets results.”

A couple of staff greet us as we arrive in the upstairs community lounge where Anthony says hello to the eight or nine residents, some watching a game show on TV.

“I’ve come to play a bit of music,” says Anthony cheerfully, “and today I’ve brought a friend along. This is Len.”

“Hello. I’m here to photograph Anthony do the good things that he does,” I say, vaguely.

After diplomatically asking that the TV be switched off Anthony works the room, greeting everyone individually and passing out laminated black and white photographs. 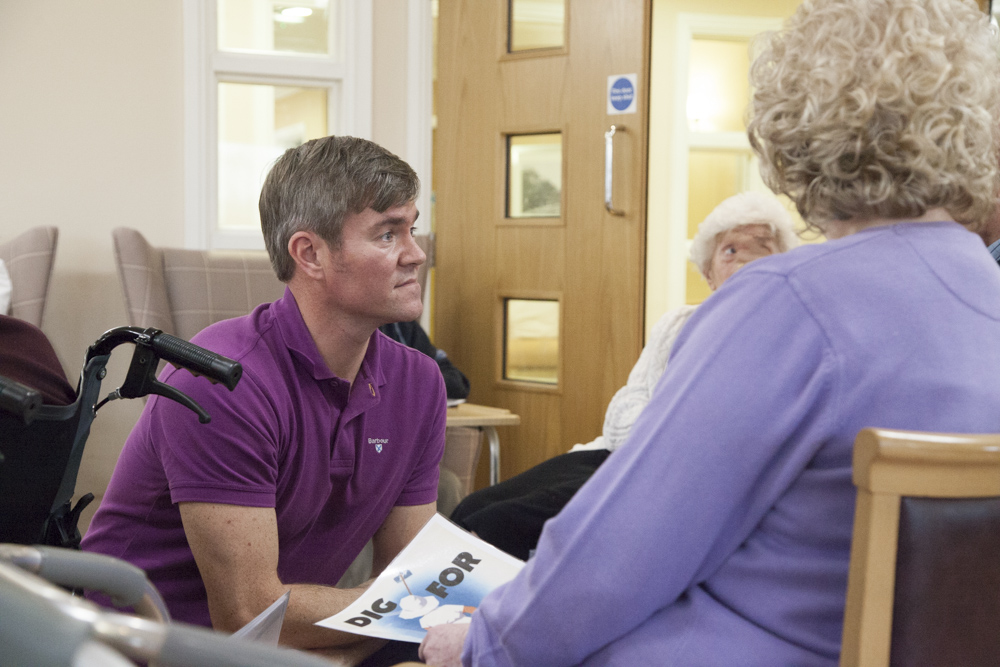 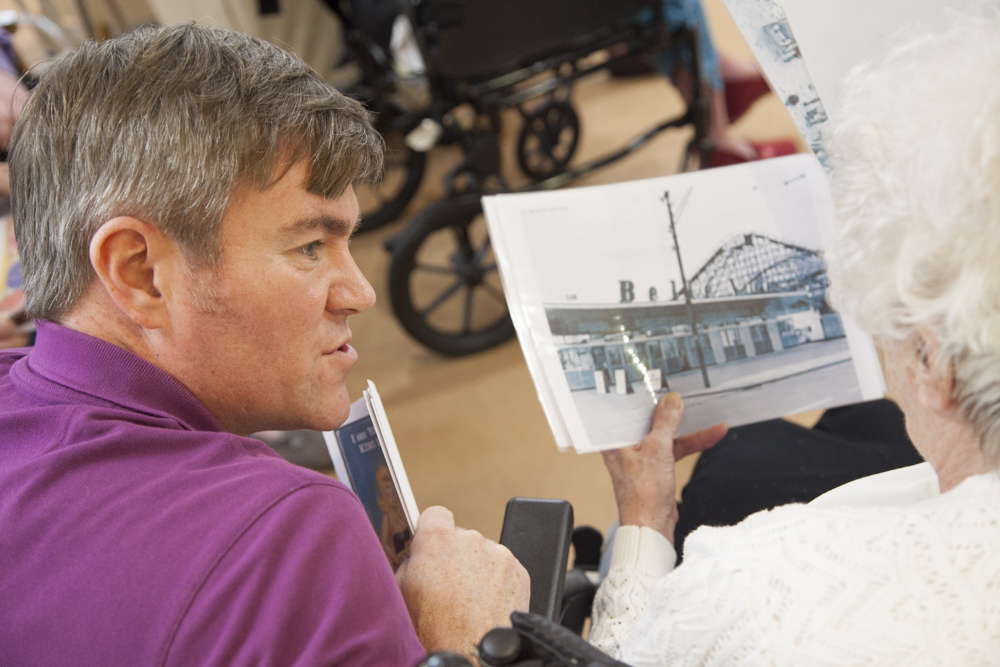 “Hello chuck,” he says to one older lady watching the rain outside. “I got some old photographs of Belle Vue here. Do you remember going on the Bobs at Belle Vue?”

“The Bobs?” she asks, staring hard at the picture. “Is it still going?”

“No, no. They’ve knocked it all down. They’ve got the dogs and the speedway now. What else have we got here?” There’s a photograph of excited children riding on the back of an elephant. “Do you remember the zoo?” 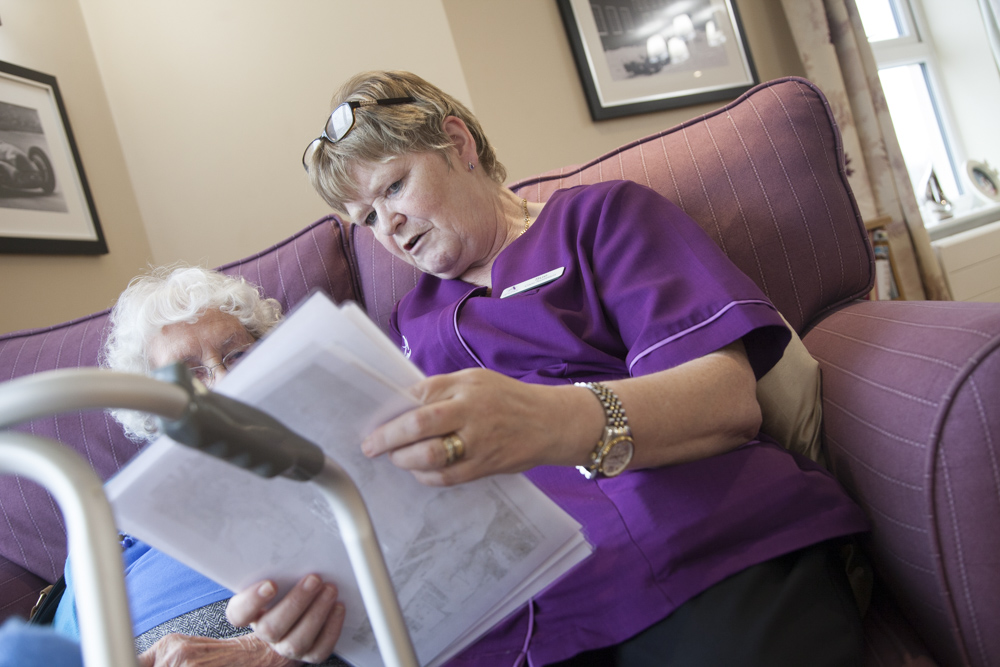 He moves on. “How y’doing, pal? Do you remember Blackpool? With your trousers rolled up?”

Within minutes all the residents and staff are smiling at photographs of schoolchildren with bottles of milk; of ‘Dig for Victory’ war posters; of homemade go-carts; and of kids playing marbles and conkers. 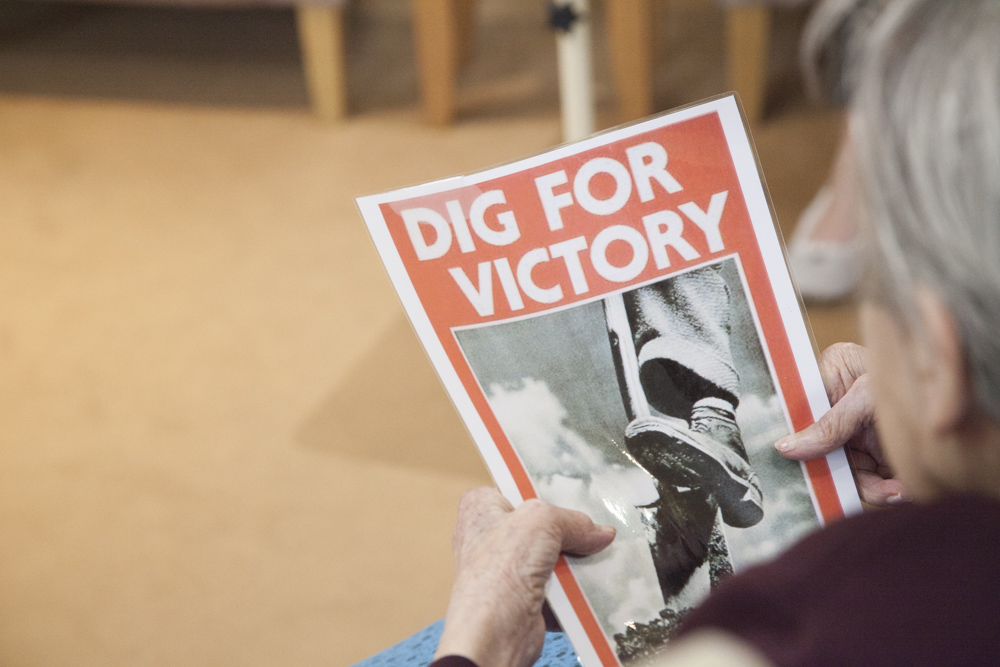 “We used to play hopscotch,” Elsie is telling one of the care assistants.

“So did we,” says the lady next to her. “And kick-can. Do you remember kick-can?”

“Happy days,” says John to no one in particular as he methodically examines picture after picture.

“I’m going to get this show on the road,” Anthony says as he taps on his laptop. “Let’s have some music.

“We’ve all got songs from different periods of our lives that instantly help us tap into certain emotions,” he says to me as familiar music fills the room.

… Pack up your troubles in your ol’ kit bag…

Another care assistant bounces into the room. “Roll out the barrel! Let me hear you all,” sings Sharon, “We’ll have a barrel of fun!” 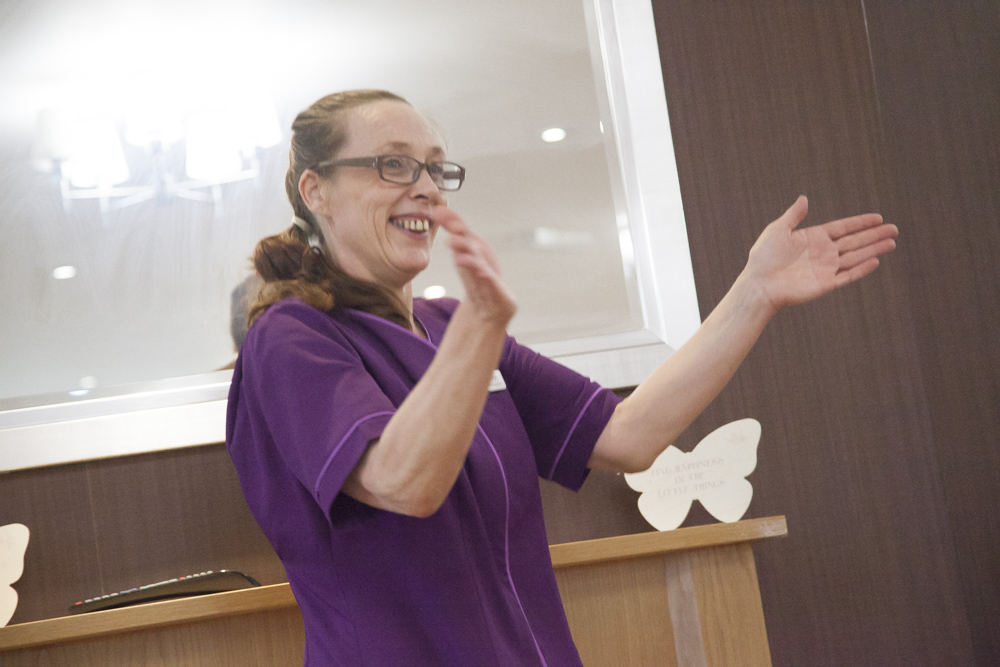 It seems Anthony’s work is infectious and he’s happy to pass on his techniques to those who spend more time with the residents. “I’ve worked in care for years,” Sharon tells me between songs, “and I love it. Being able to put a smile on people’s faces, that’s a great feeling.” 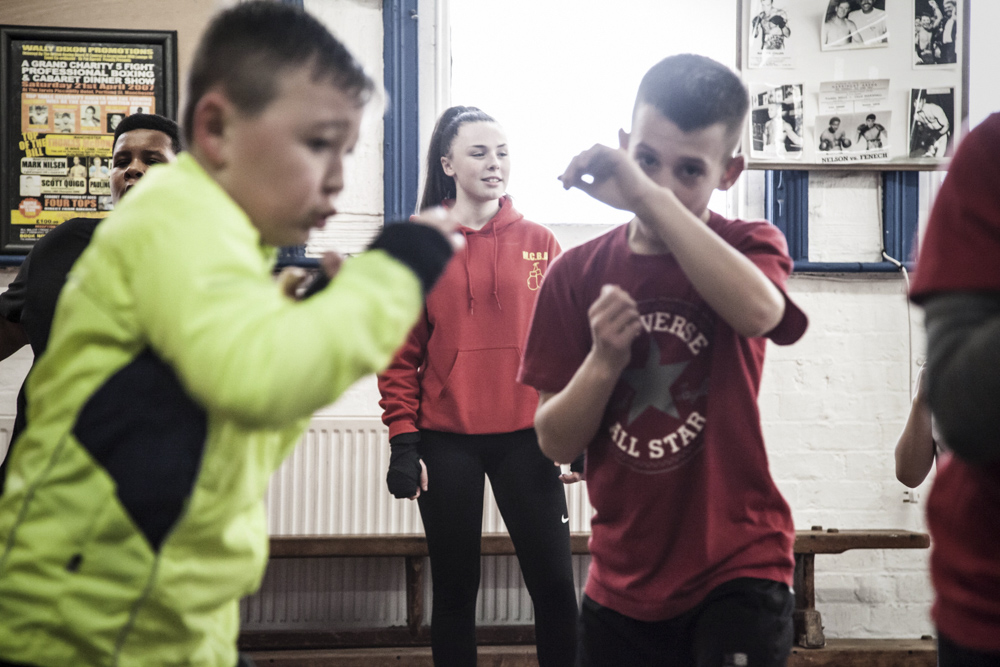 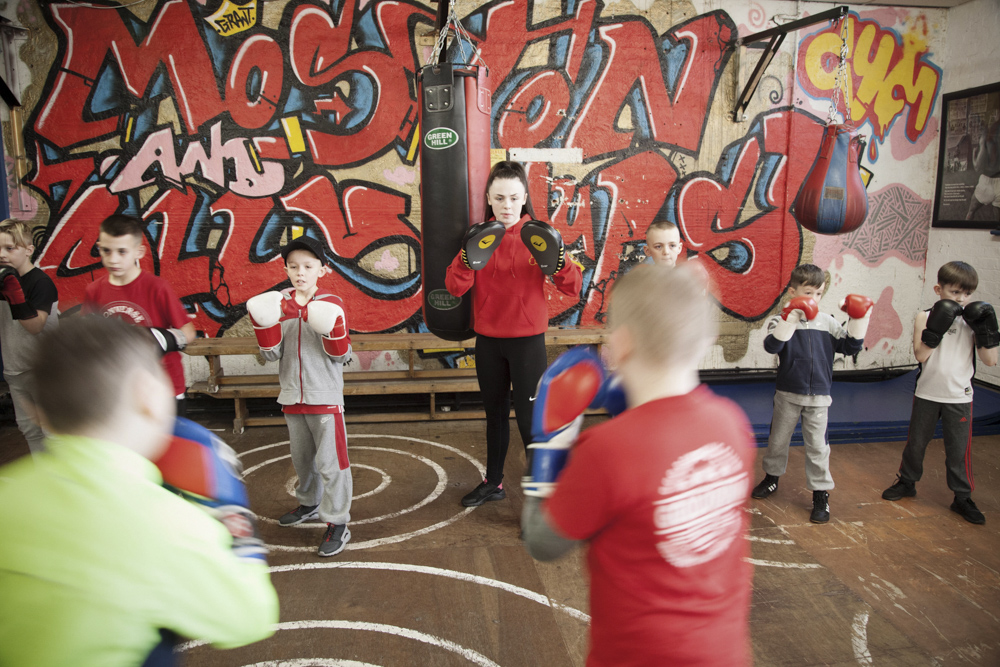 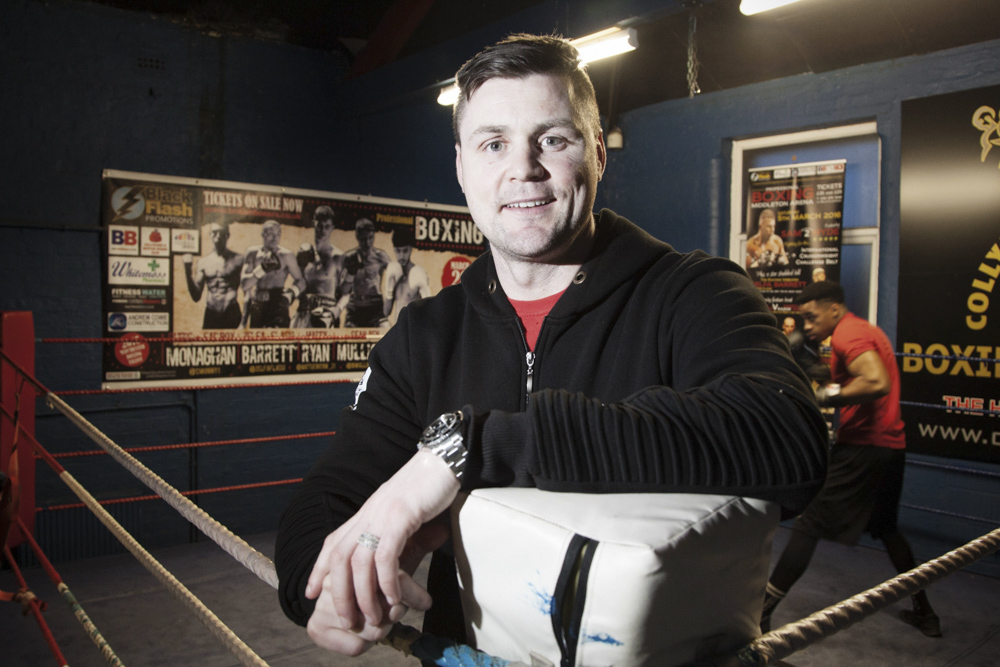 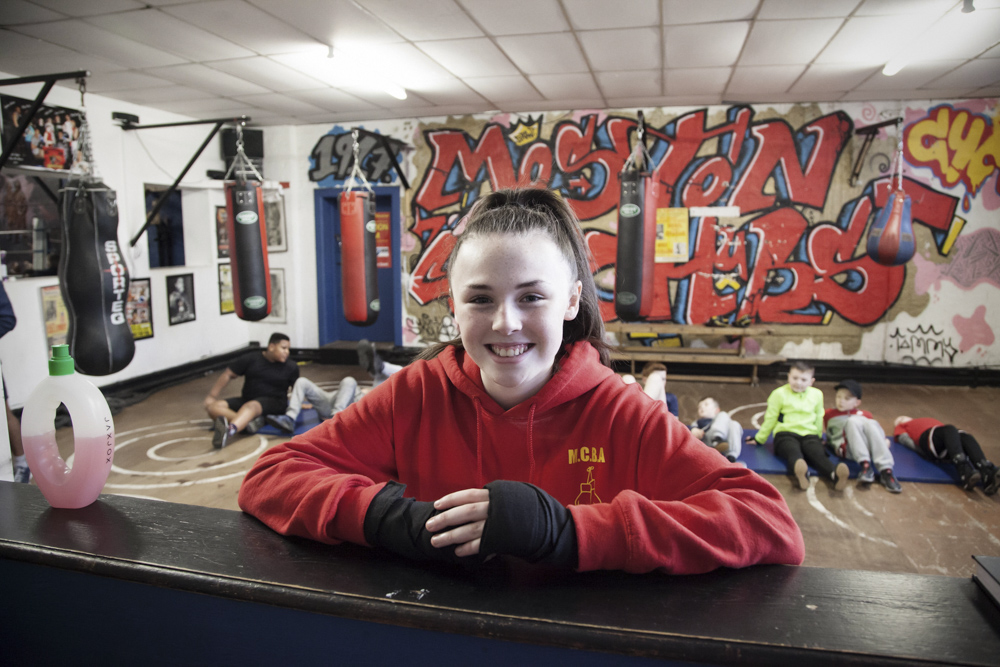 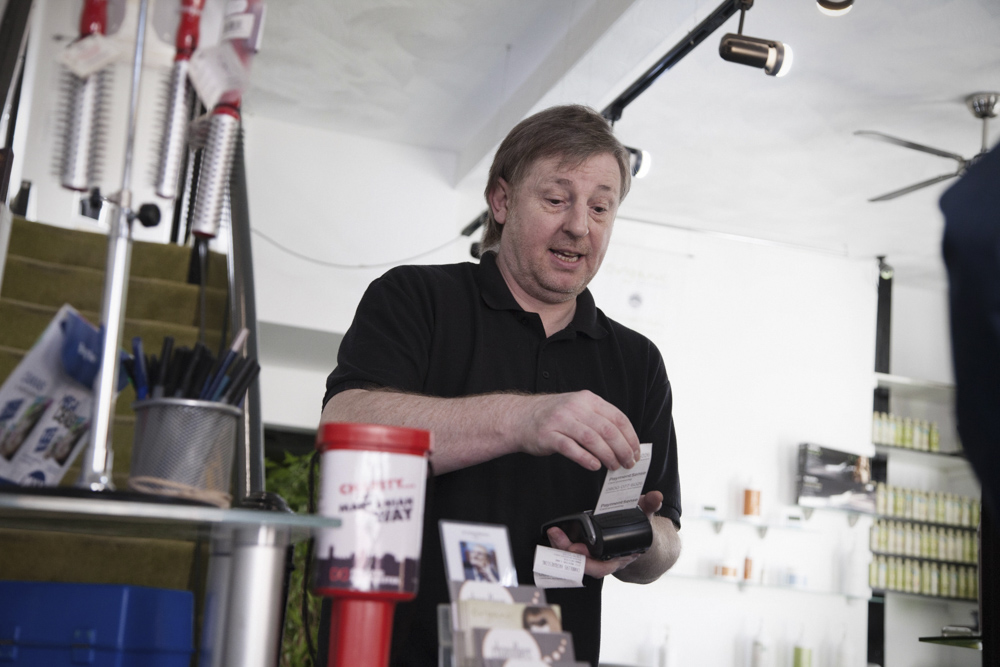 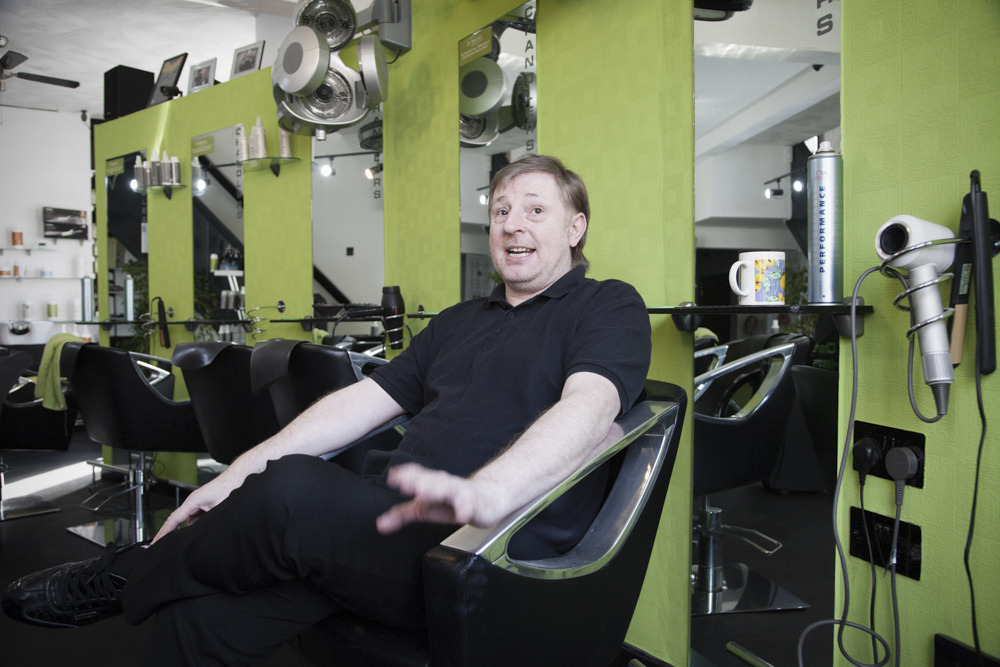 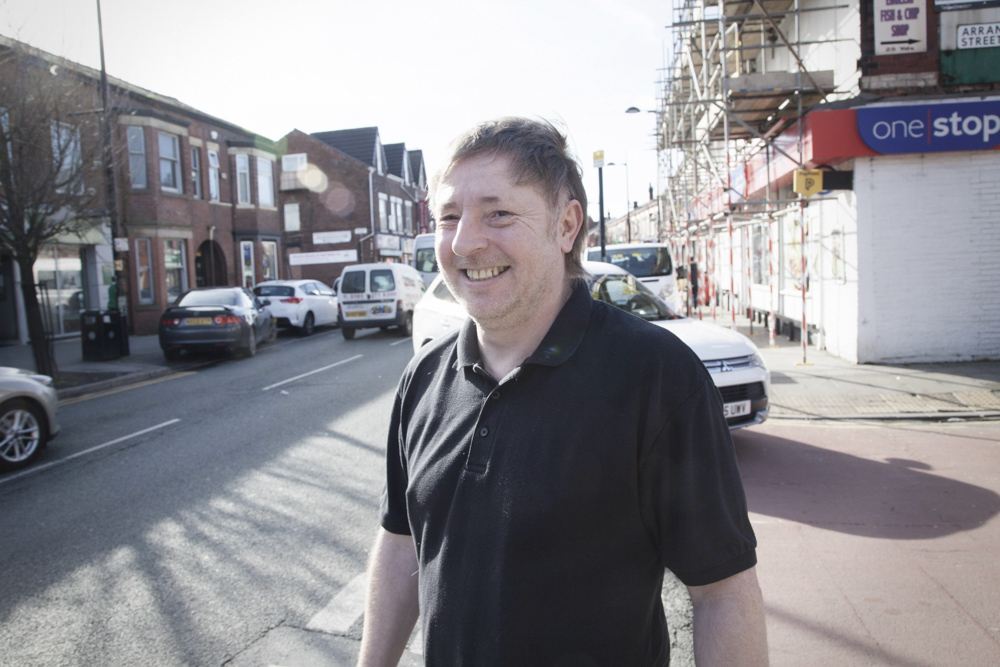