I’m going to a cooking session at The Miners Community Arts and Music Centre, on Teddington Road in Moston.

The session has already started as I’m welcomed and offered a seat. Cracking Good Food chef Maz Linford sweeps in and everyone else sweeps into action. Table cloths, cutting boards, knives, pans, aprons, bowls, graters and more seem to appear from nowhere. I’m in a scene from a Disney film! 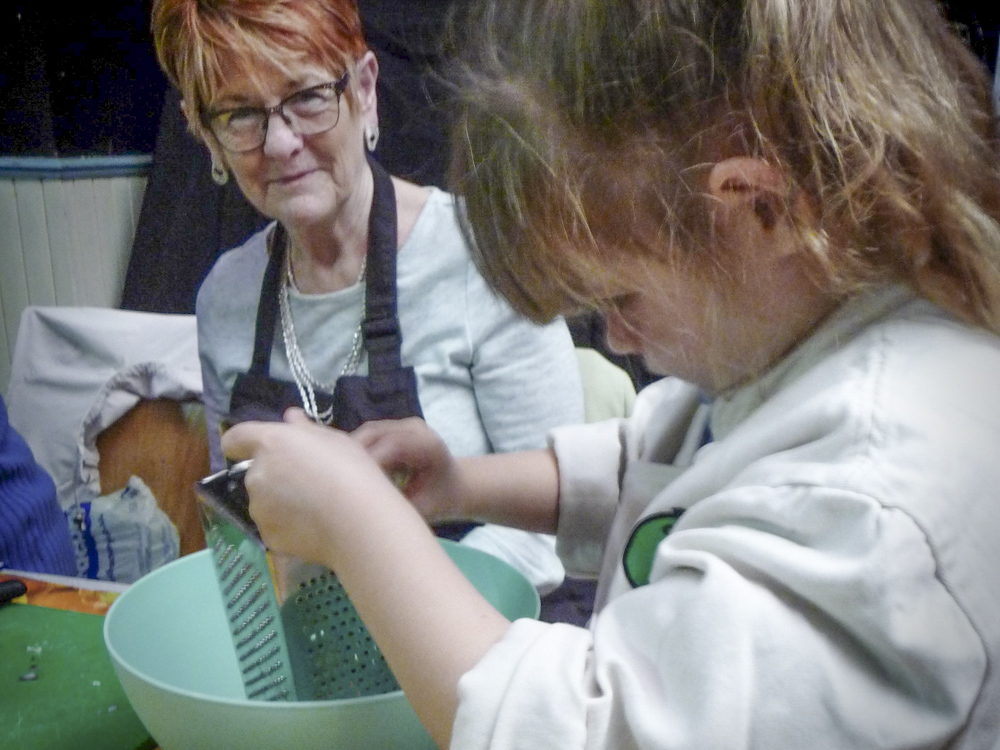 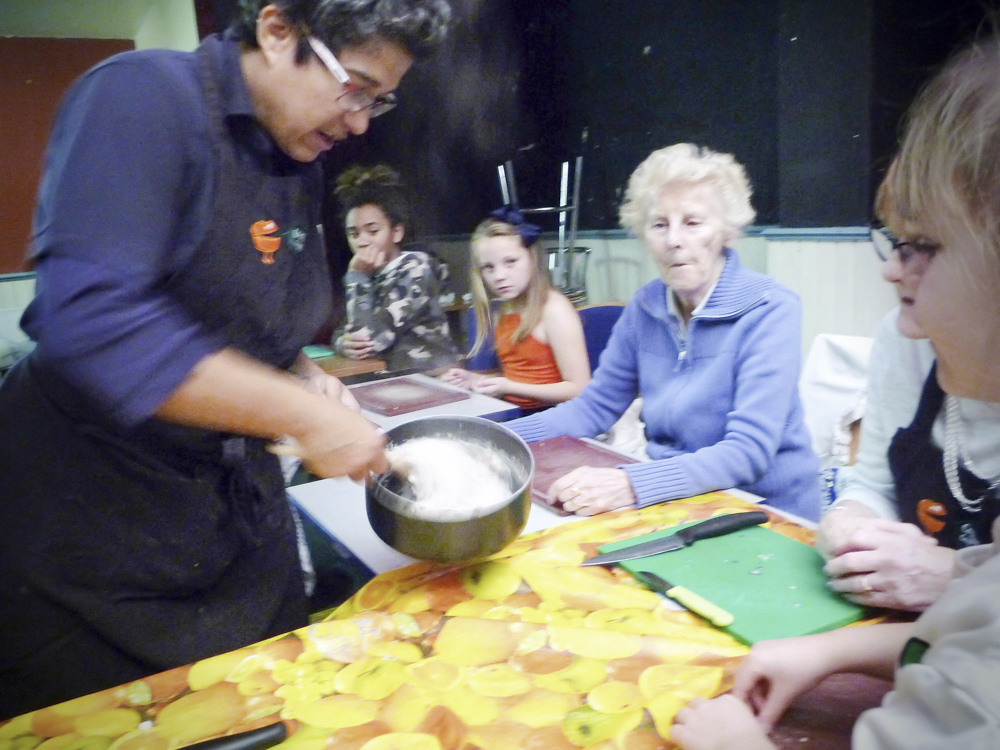 We’re learning to make a sauce from scratch. We get chopping, grating and slicing and two hours fly before our dishes of cauliflower cheese and stuffed mushrooms are popped into the oven. 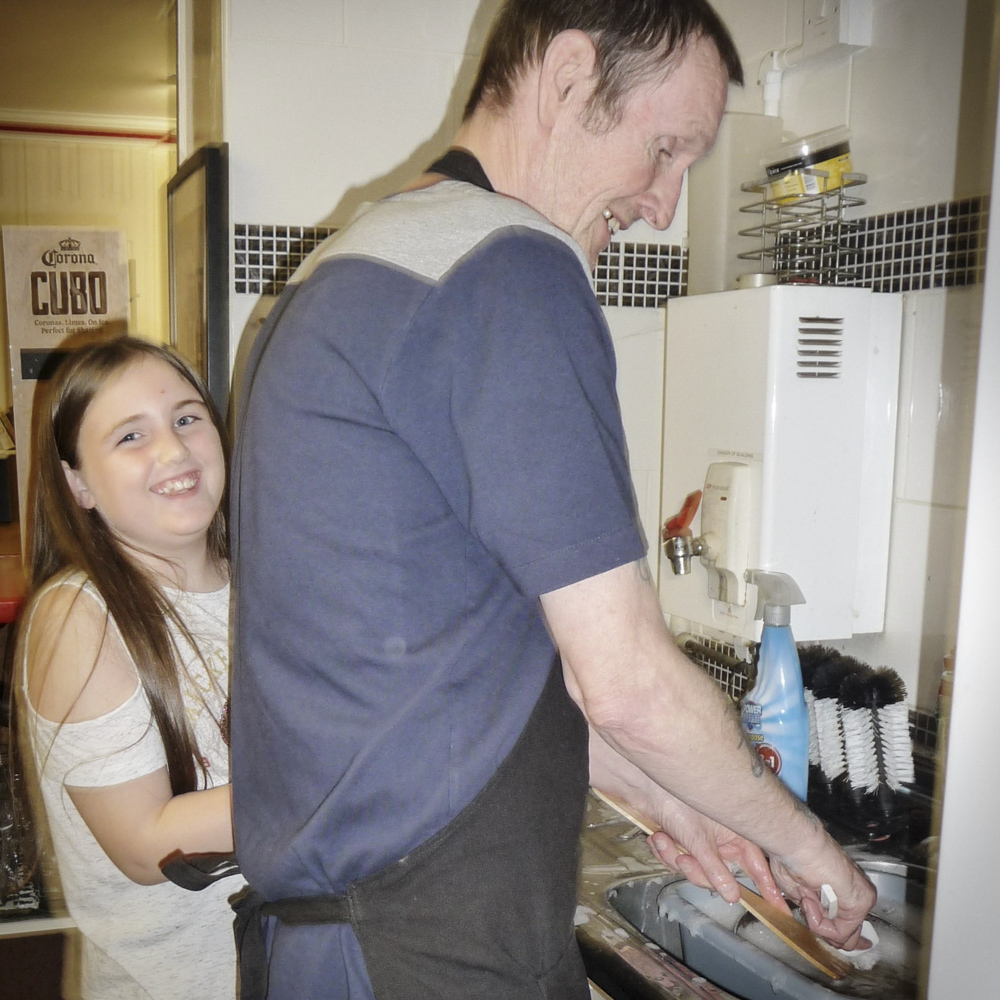 As it’s cooking everyone sets about scooping up dishes, bowls, pans, knives and utensils which are washed, dried and stored away in flash.

The whole session has been relaxed and informal. Maz is cheerful and upbeat and effortlessly includes everyone while teaching new skills.

The food is lovely and, as it’s quickly polished off, I’m struck by the smiling faces of young and not so young, all sharing an experience.

“There are two sides to Cracking Good Food,” Maz explains as everyone drifts off and I help with the last of the tidying. “Part of the time we run paid-for cookery classes for the general public – I teach Sushi, Thai and Vietnamese – and the rest of the time, when we can get funding, we teach community cookery lessons, like the one we’ve just done.”

The Fourteen Programme, I know, has funded these sessions at The Miners.

“We’ve had longer projects with housing associations, food banks, and charities that support homeless people,” continues Maz. “For instance, young homeless people often have a lot of issues around eating. It’s a challenge but that’s what makes it interesting.

“Essentially, we want people to eat better food, cook vegetables, cook from scratch and actually enjoy it, realise it’s a part of their wellbeing. Food is here to look after us and nurture us but it can also be fun and sociable.”

I’ve seen that Maz is very comfortable in front of a class of eager learners. “Where does all this knowledge and experience comes from?” I ask.

“I’ve worked for big restaurant chains and trained teams who will be running restaurants. When I’m teaching in communities it’s really important for me that everyone has a voice, everyone has some input. We all have some relationship to food. So it’s okay not to like, say, mushrooms, the important thing is being able to express your likes and dislikes.

“I tend not to follow recipes as it puts people off and I avoid things like, ‘now lets learn how to chop really safely’. I try to bring a mixture of skills like mashing, grating and chopping so that everyone can join in. I want everyone to be included, take part and be proud of the end result.”

“What I love about coming here is it’s totally intergenerational. The young people get to spend time with the older people and they are all as capable as each other. I recently learned from some older ladies how to peel with a spoon – they found it easier to manage than a knife. It works and I love it!”

Maz is one of a team of like-minded cooks and chefs from Cracking Good Food. Her passion for sharing her skills and beliefs about food was infectious. Here’s their website. 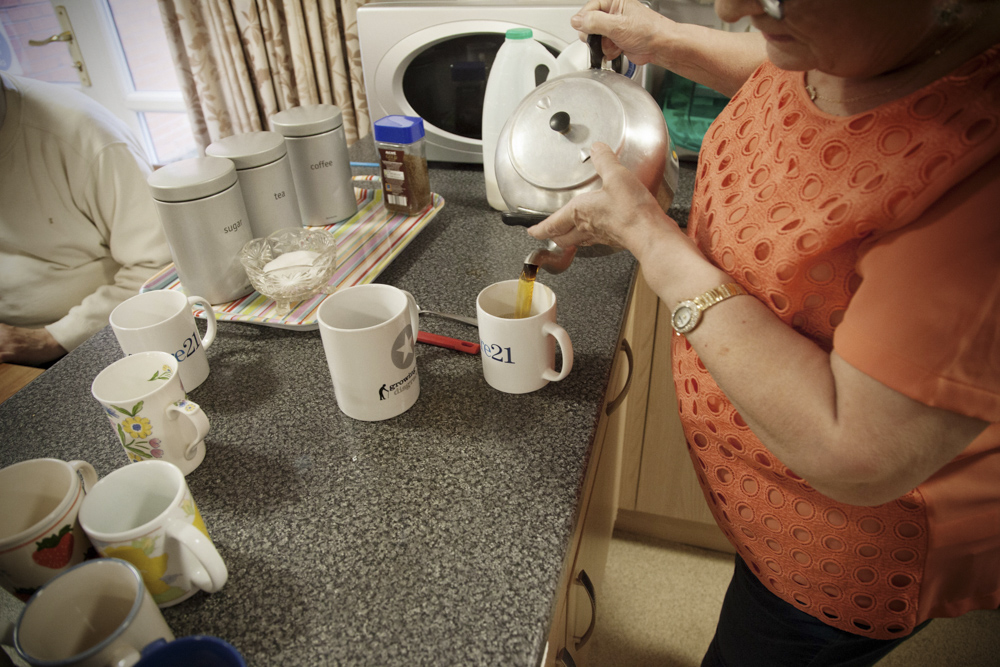 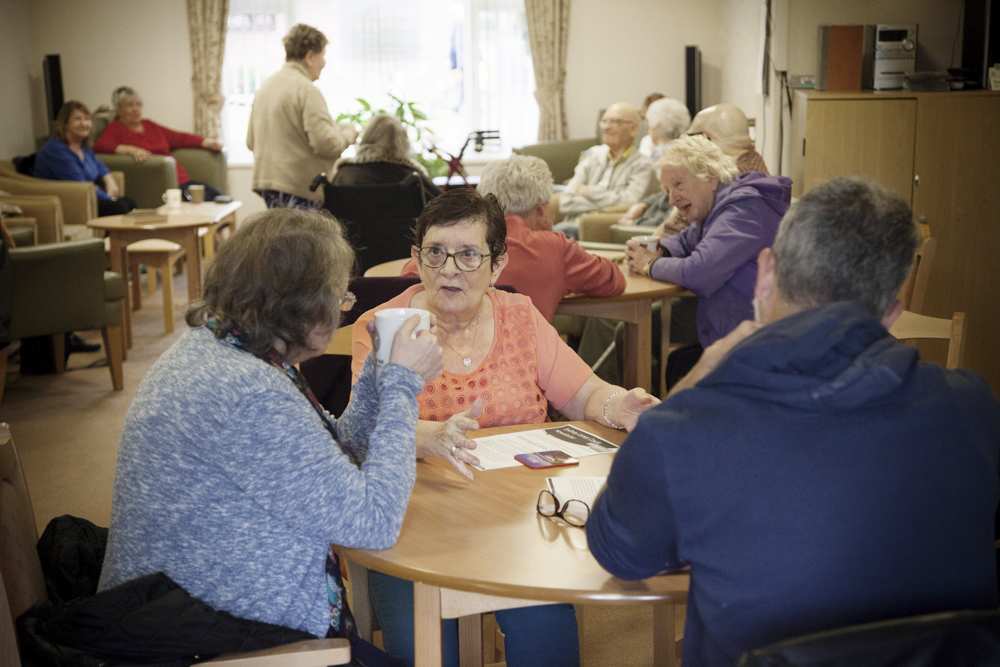 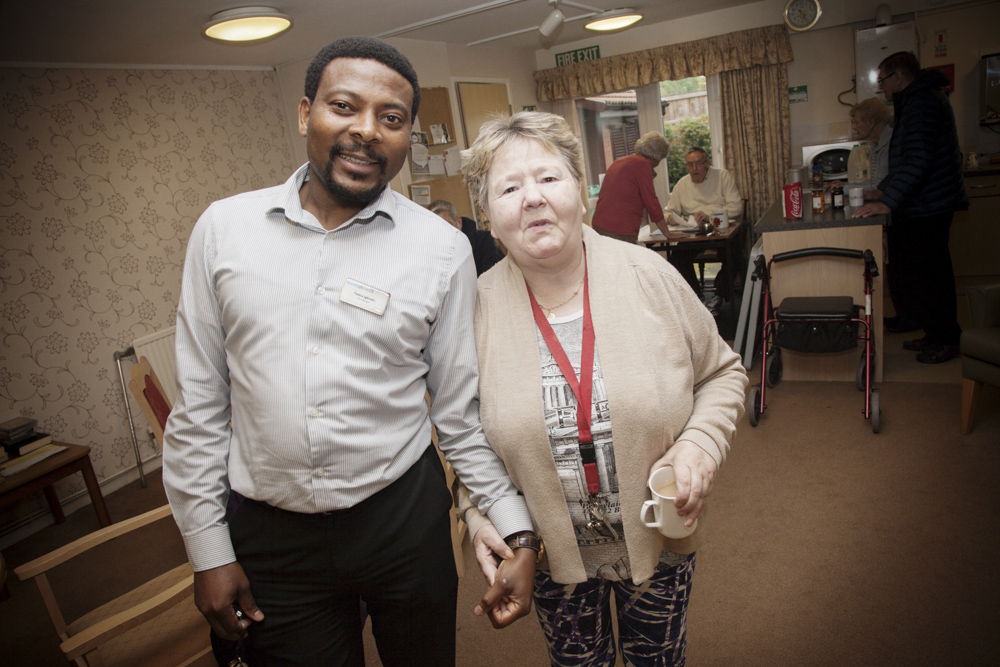 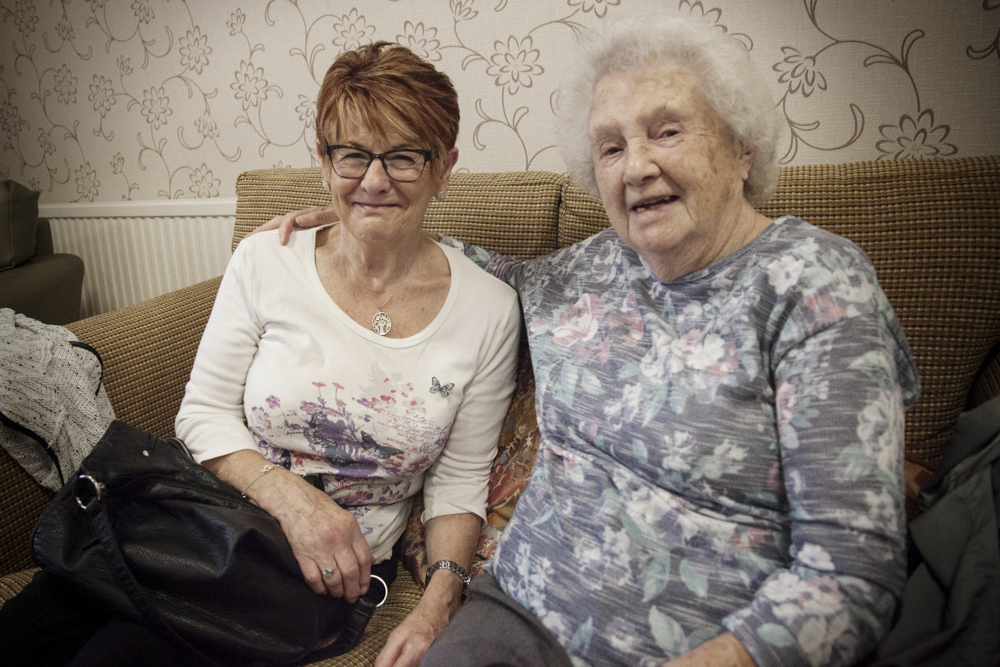 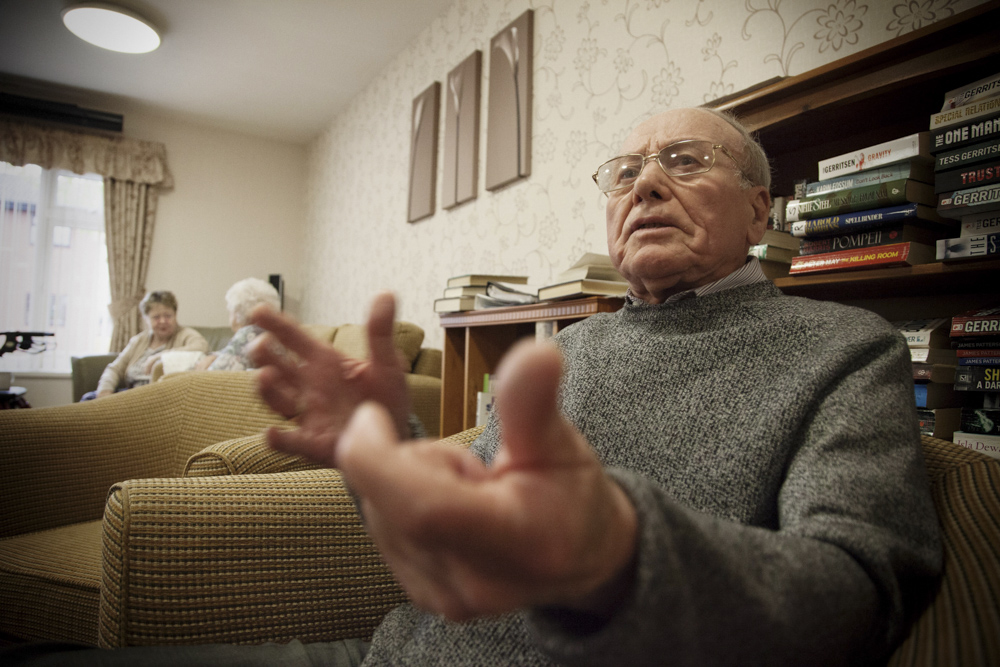 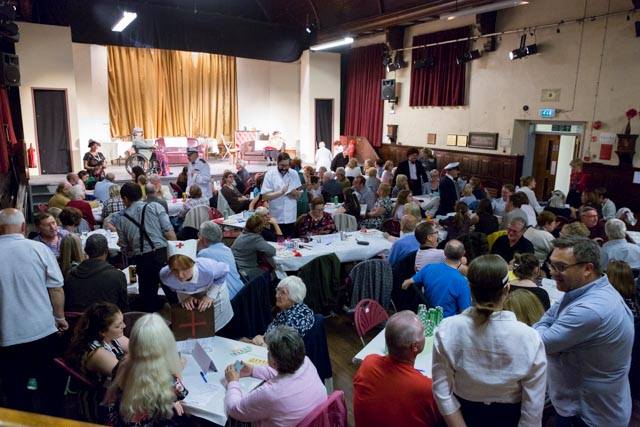 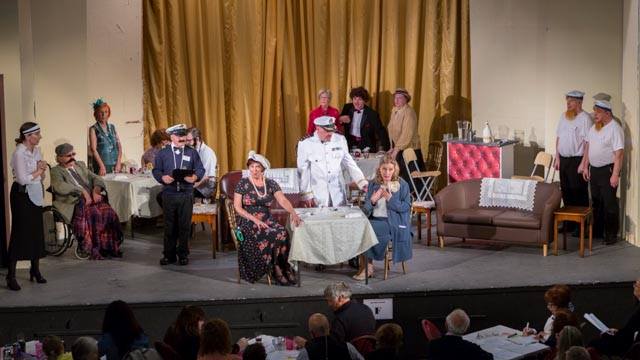 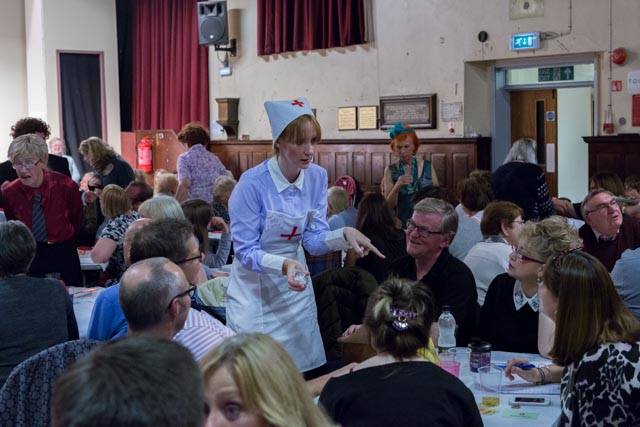 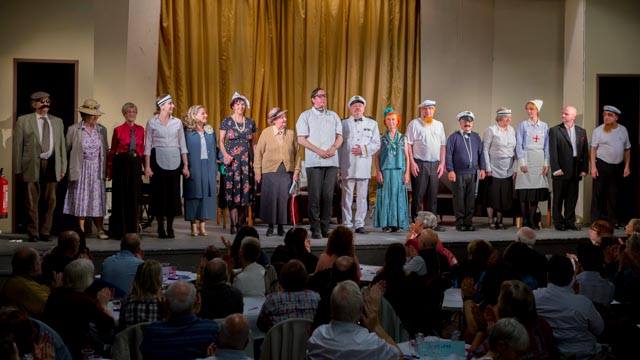