Nobody appears to know the origins of the Manchester version of Molly dancing. It seems clear that ‘our’ Molly dancing had no connection to the East Anglian custom where adult males dressed in female garb, performing to earn a few precious pennies when times were hard.

Some two hundred years ago, the word ‘Molly’ was a term used for an effeminate male. Molly houses were popular bawdy establishments where what we now refer to as -‘cross-dressing’ was a feature. Female dress was also used to conceal or disguise males not wishing to be identified, especially when they were engaged in sabotage or intimidation.

In America, the “Molly Malones” were notorious for their brutality but to us, Molly dancing was an innocent way of persuading grown-ups to part with a few coppers.

In my search for the origins of Molly dancing, I used to make a nuisance of myself at every local history class or event I attended. I pestered people to find out whether they had gone out Molly dancing, and what the money they collected was used for.

My researches led me to the conclusion that, wherever it originated, in Manchester, the practice was confined to the old township areas until the newly built council housing took it out to places like Moston. All the people I questioned had families who came from either Ancoats or Collyhurst, with a single mention of it in Chorlton on Medlock.

Adults took no part in organising children’s games or street activities in the 1950s. It was left up to the older girls who played together to instigate Molly dancing and the May Queen each year. 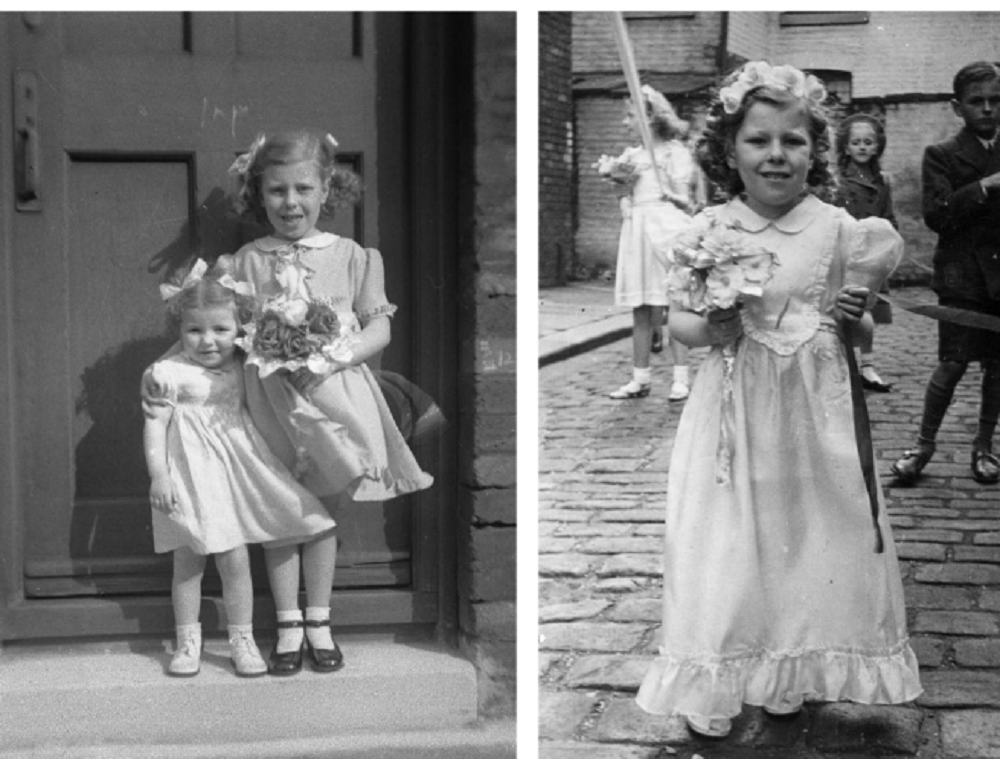 May Day and Whitsun required the best dresses; perhaps the proceeds from Molly Dancing helped. Photo provided by Alan Hampson

In our bit of Moston, it was only the girls who took part, but my father assured me he had been an enthusiastic Molly dancer in Harpurhey in the 1920s. We moved to New Moston in 1956, and I was dismayed to discover Molly dancing was unknown to those who lived on the far side of the Broadhurst Fields divide.

April was Molly dancing time, and as far as I recall, we would go out about half a dozen times each year. Our patch was Honister Road, Bordale and Hesford Avenues with a bit of Brantwood Terrace. If we didn’t do too well, we might include Holmfield Avenue and some of Church Lane, providing no other group had done those streets first.

With rouged cheeks and dressed in frocks, hats and anything else our mothers would allow us to borrow, we set out. One of us knocked on a door with an open handbag thrust out in front of her. As soon as we heard footsteps approaching, we went into our routine.

Jigging about on the spot, we sang (to the tune of “London Bridge is falling down”):-

Molly dancers kicking up a row, my fair lady.

Cheese and bread, the old cow’s head, put it in a lantern,

Boys invariably blew their ill-gotten gains in the nearest sweet shop. But apart from one goody-two-shoes who said she gave it to the Red Cross, the money collected by girls was invested in preparations for their May Queen celebrations. I will keep ‘May Day’ until next time… 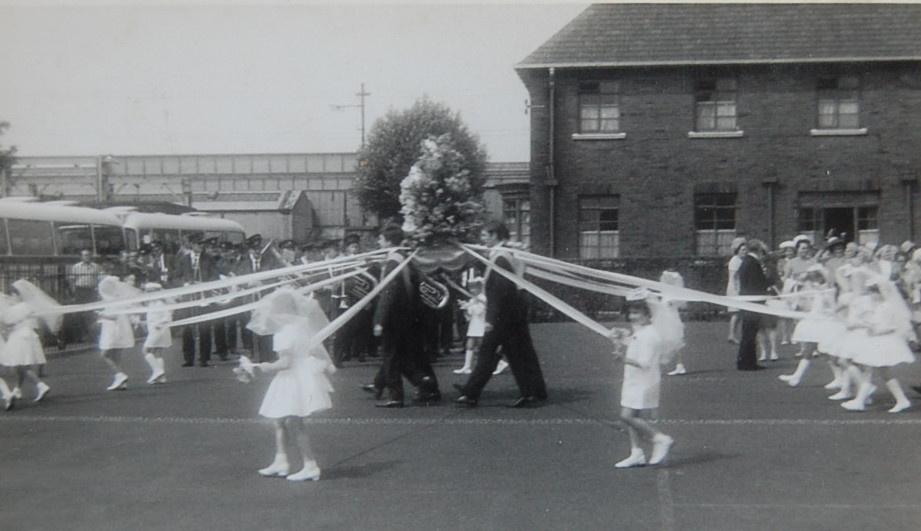