I once heard that children around the Church Lane area referred to themselves as ‘doggies’ or ‘diggies’, depending whether they lived at the end nearest the dogs’ home, or towards the Lightbowne end, close to former clay pits. By 1951, these had been worked out and infilled with shale, or used as a tip by the corporation, but the local name, the ‘diggy’, persisted. However, clay was still being dug out near Ashley Lane and north of Lily Lane to supply a huge, but now largely forgotten, local industry: brick-making. 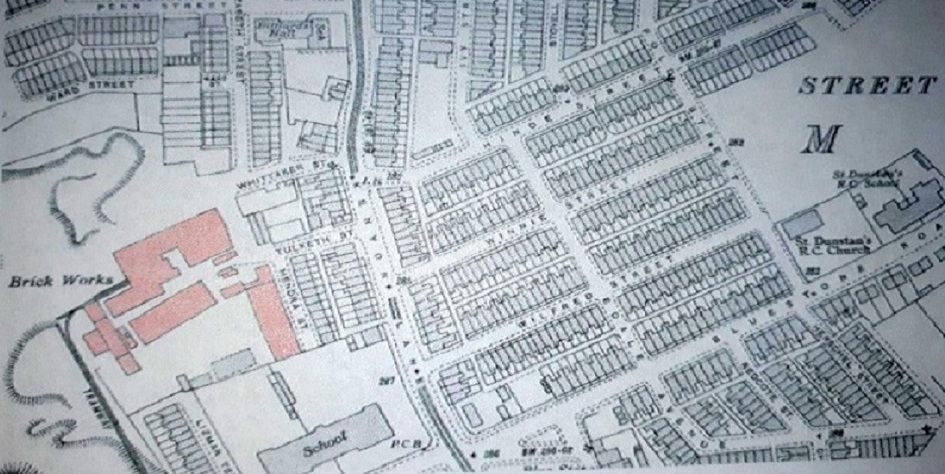 Moston, besides the peat mosses which gave it its name, also has extensive areas of clay, as many a gardener knows, and for centuries local potters had availed themselves of this resource. As the industrial revolution spawned a demand for workshops and housing, firms were established to produce bricks, tiles, chimney-pots and earthenware pipes. One such, the Moston Pottery, Tile and Brick Co, had been established by 1863 at the south end of St. Mary’s Rd, near the present-day Dean Brook pub.

Collieries such as Moston and Bradford also had brickworks: they were digging through clay to reach the coal, so why not use it, rather than dumping it? Other early names such as J H Charles and S & J Higham, came and went in the Victorian period, but by the end of the century, major players had arrived in the area.

Amos Reid Bullivant, a builder and joiner from Burgh-le-Marsh, Lincolnshire, came first to Blackley, then to Moston Lane, about 1873, and by 1900 his sons William, Amos and John had joined him in the business. Amos issued shares in 1903 to acquire land and establish a brickworks in an area roughly bounded by Moston Lane, Kenyon Lane, Lily Lane and Ashley Lane. In 1908, with an extended share issue by his son, John, it became the Moston Brick and Building Company Limited. 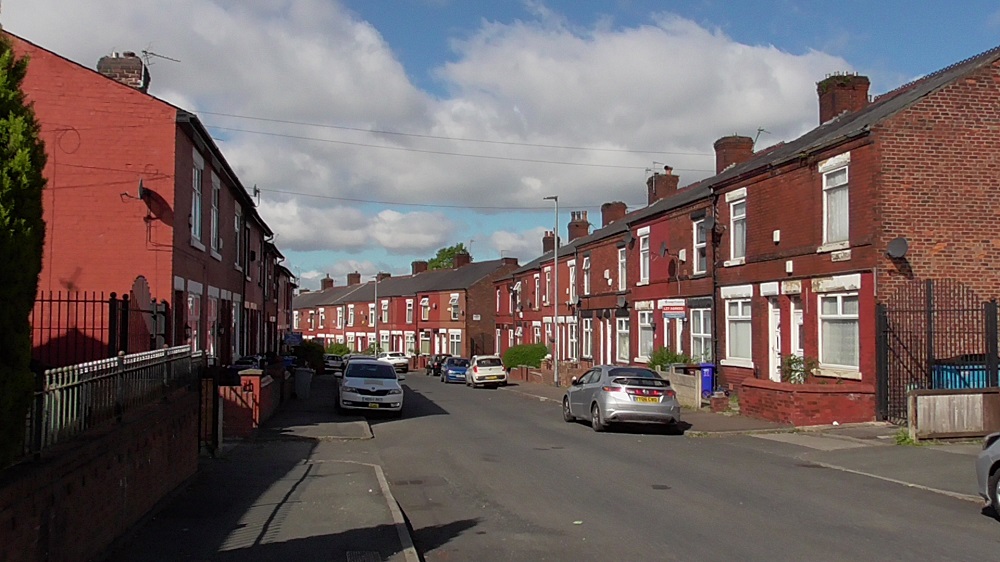 Silton Street, towards Ashley Lane. Originally a cul-de-sac, the near end now connects with Minster Road, part of a 1996-2000 development, on former clay pits

As the name suggested, the firm not only produced bricks, but could undertake whole building contracts, from design (if required) to construction. An early example was the erection in 1909 of terraced houses on Silton St, Birchenall St, Hartley St and Penn St, on land close to the works and purchased by John’s brother, William. Some of these have recently been demolished, but quite a few remain.

In 1913 the Company purchased three 5-ton tipper lorries, demonstrating their expansion and modernisation, and by 1939 there were around seven clay pits in operation, some connected by narrow-gauge tramways to the works.

After World War II, they played a major part in the rehousing programme, all around Greater Manchester, such as 64 of the houses in the Greaves Estate at Rochdale. The scale of their business is revealed in a reply to a query about brick requirements, published in the Liverpool Echo in November 1945:-

“We have erected many thousands of houses, both for municipalities and private schemes. The total number of bricks for a five-roomed house is 15,000 to 18,000 and for a six-roomed house 20,000 – J.Bullivant, Director.”

As well as houses and flats, Moston Brick built many other commercial, educational and religious buildings. A few examples may give an idea of their range:-

Aside from the cinemas, most of these are still standing.

The company went into voluntary liquidation in 1931, during a depression in the building trade, but managed to revive and carry on until 1973 under John Norman Bullivant (John’s son), being finally wound up in 1976. I haven’t discovered whether brick production ceased during this period, or earlier, but the works was demolished in 1977 and replaced by light industrial units the following year.

There is now no trace of this once-important concern, but their legacy is still all around us. 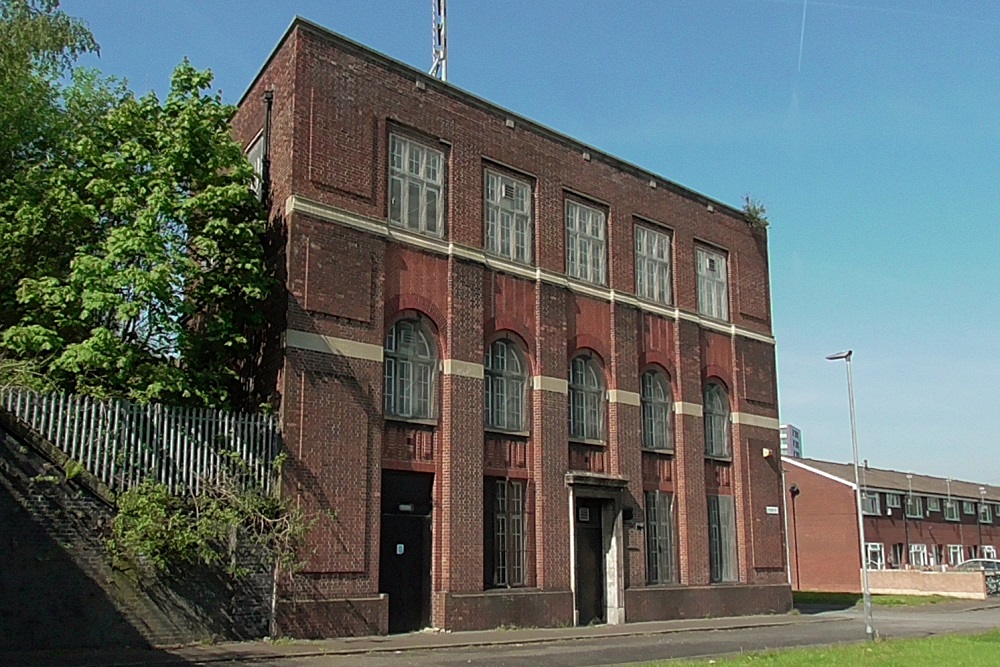 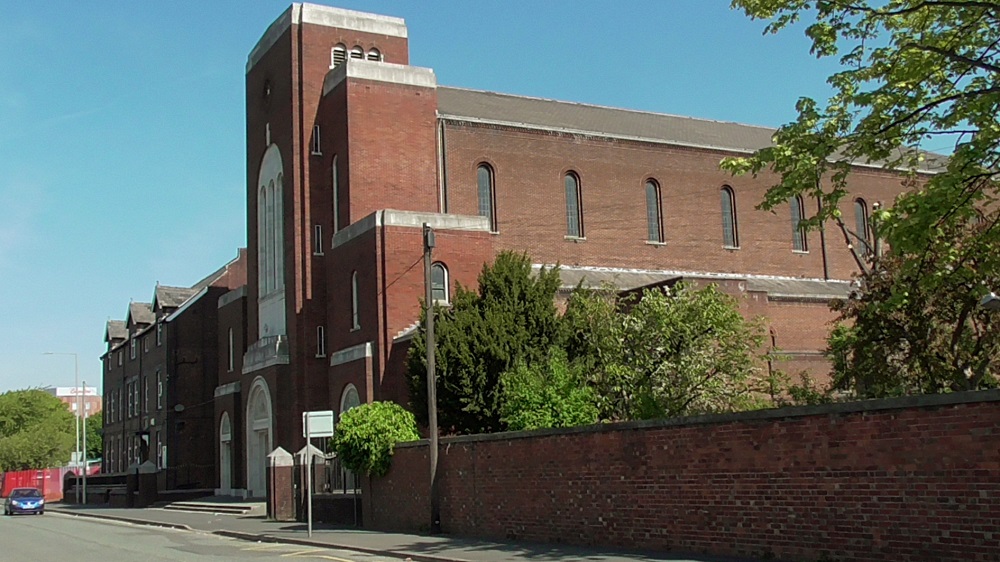 St.Patrick’s RC Church, Livesey St, opened in 1937 as a replacement for the original (1832) building 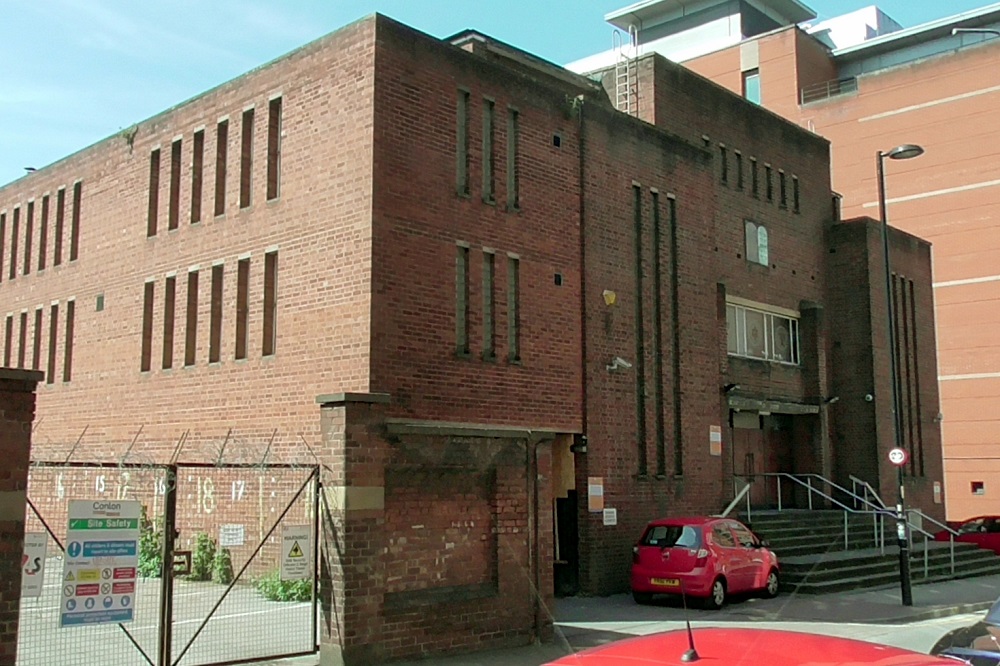 Manchester’s Central Synagogue, completed in November 1953. Moston Brick’s price for this was just over £63,400