I like the MaD Theatre Company. Probably because they are just a bit mad. I like Rob and Jill’s enthusiasm. And I especially like the way all the young people in this Thursday evening rehearsal encourage and support each other. 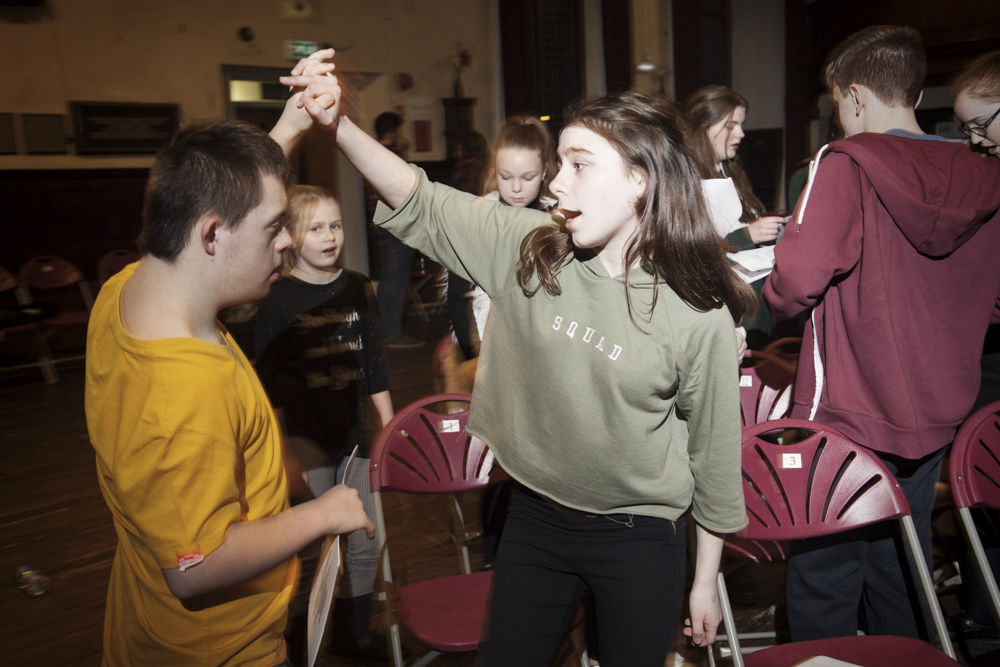 “Our whole thing is about using drama to develop skills for life,” Rob tells me, “not about churning out professional actors.

“Often they do get on stage or TV and some have done really well. But, for us, it’s about building confidence and self-esteem. I’m dead chuffed when our kids go on to university or get a good job. One lad’s doing a PhD in Criminal Psychiatry.”

There’s nothing high brow about MaD. And I like that too. They perform to audiences who wouldn’t normally go to the theatre, often in places where people don’t realise they’re watching theatre. 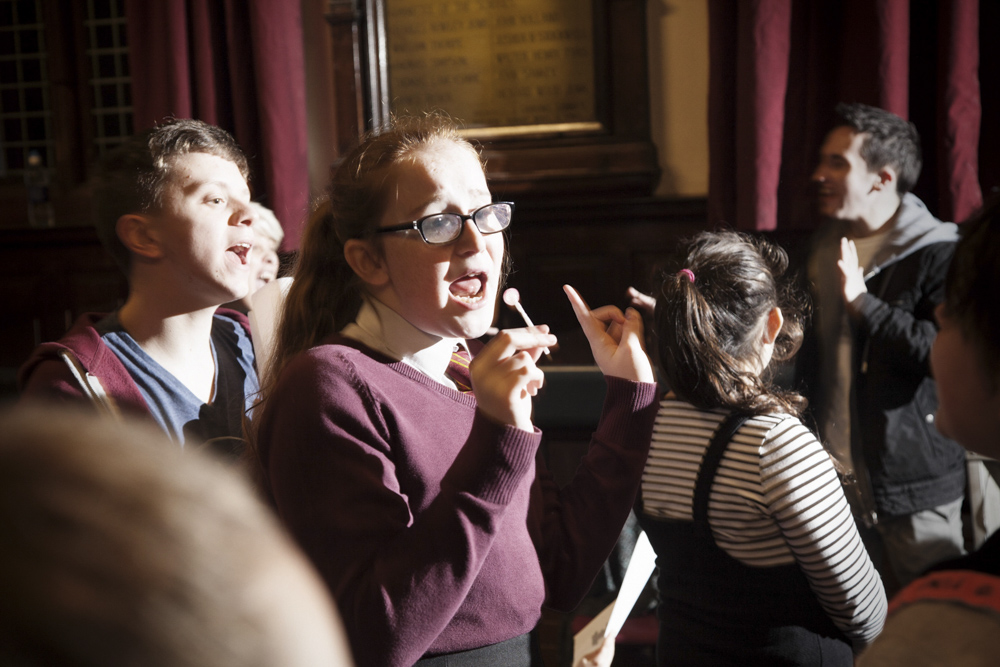 Their plays are about real life and always relevant to their audiences. “Our local housing association asked us to write a play that included dog shit and fly tipping… but in a funny way,” says Rob. “And so we did.”

“Do you want to get some chairs in a circle?” Rob calls out to the young people as the place fills up. We’ve at the Simpson Memorial Hall on Moston Lane, MaD’s base for the last 12 years. It was originally built by Alice Simpson, the daughter of a wealthy silk merchant as a school to support local kids. Seems appropriate. 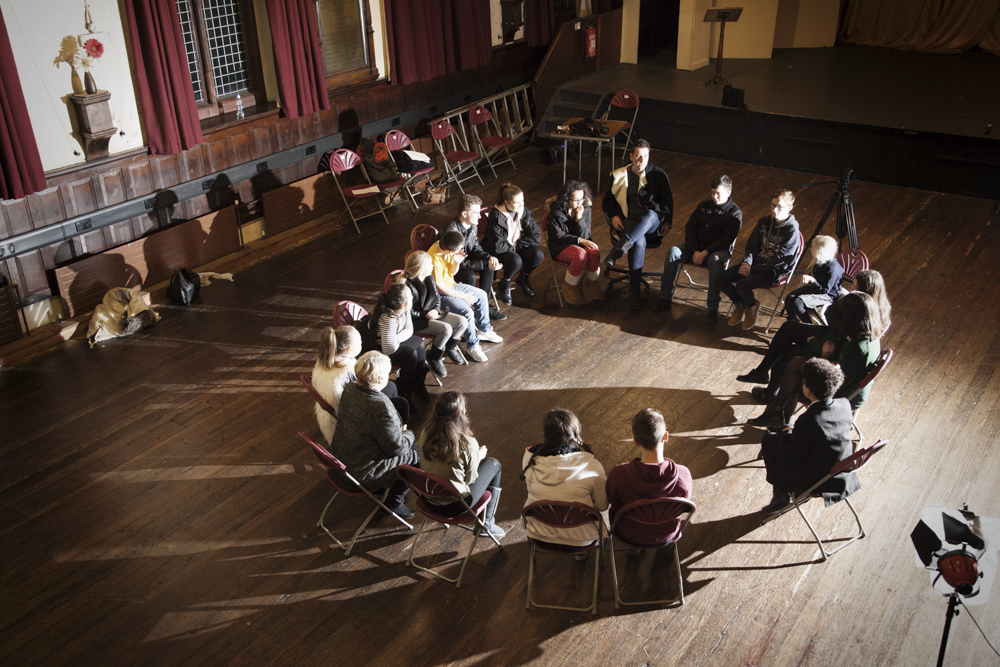 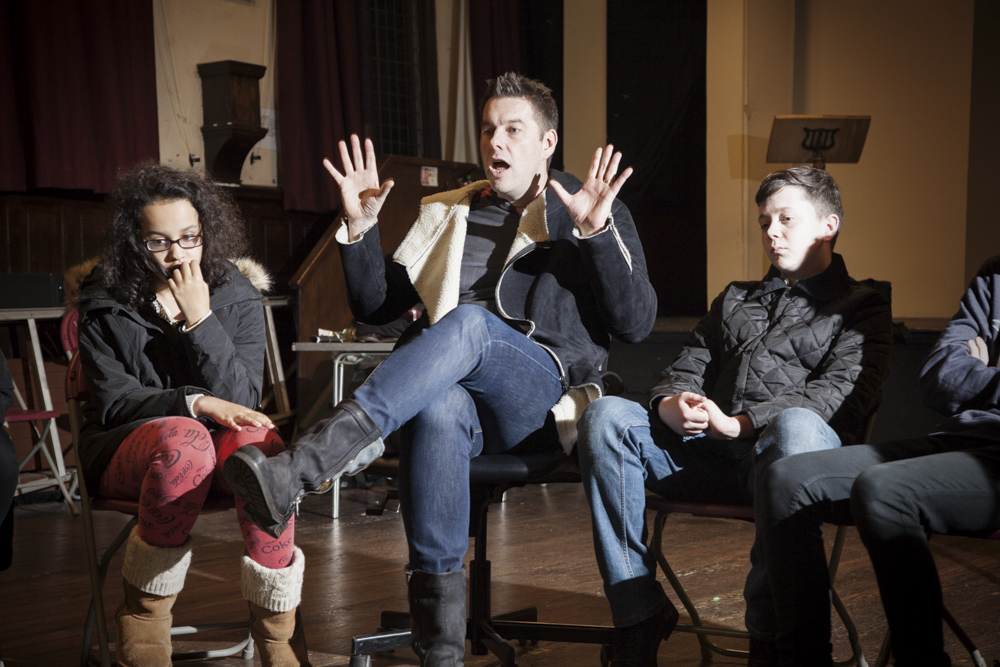 Elsewhere in the expansive hall there’s some filming going on. “We re-making our Cottage Pies film about domestic violence,” Rob explains, “which we tour to schools and all over.”

As Rob gathers the group I chat with 19-year-old Alana who’s come back this evening to help with the filming. Her MaD years are behind her now but I ask what she’s got out of it all.

“It definitely brought me out of my shell and made me more confident,” she says after explaining her first role, at the age of eight, was as a loan shark in a play called ASBO. “It sounds odd but it was funny and it worked.

“It helped me be the person I am today, 100%,” she says, emphatically. “You had to work to deadlines and have discipline. That helped me in school when I had to time manage my revision.

“It’s given me positive life skills and made me work hard. I’ve got a good work ethic because of it.” Alana is working to pay for a world trip before she goes to university next year.

“MaD is like a big family,” she says, looking over at the youngsters in their circle, “I’ve made lifelong friends here.”

Later I watch transfixed as the young people hand out scripts and rehearse their ‘dog shit and flytipping’ musical – I’ve Got You Babe – which has now been commissioned to tour residential nursing homes. 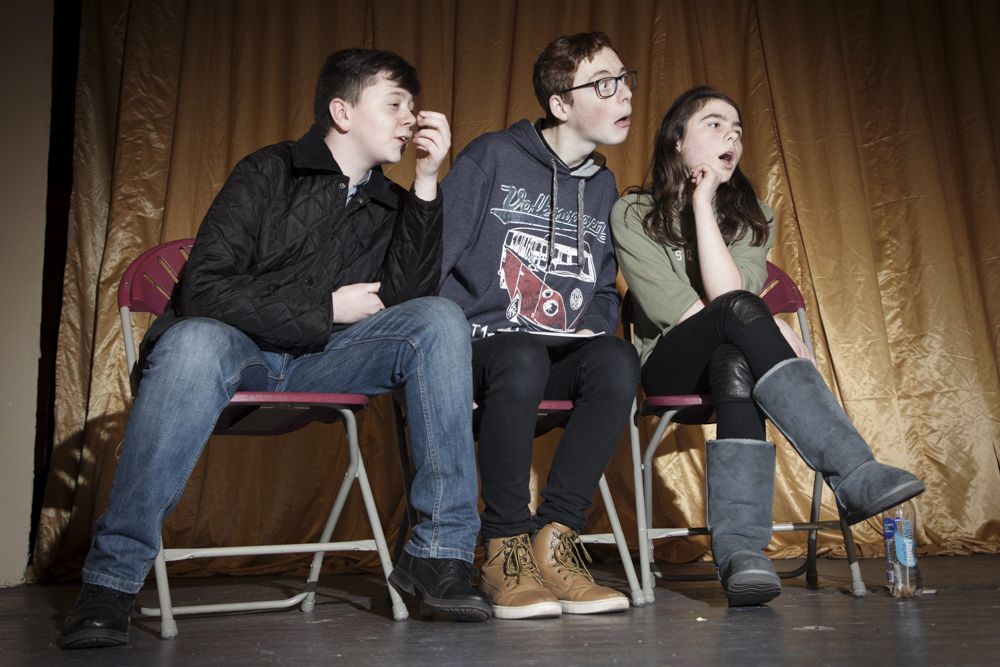 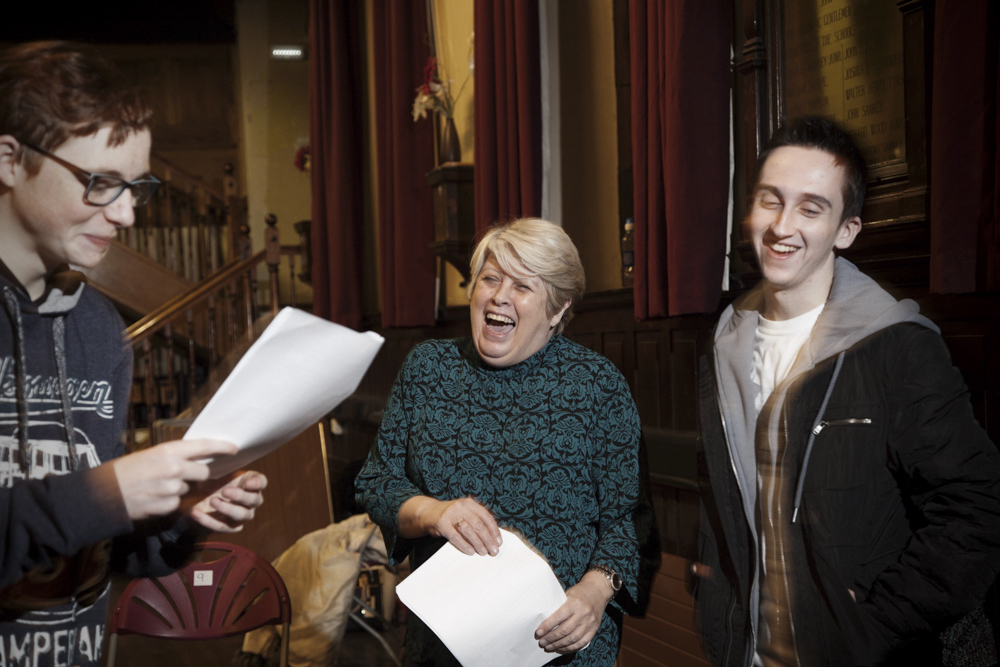 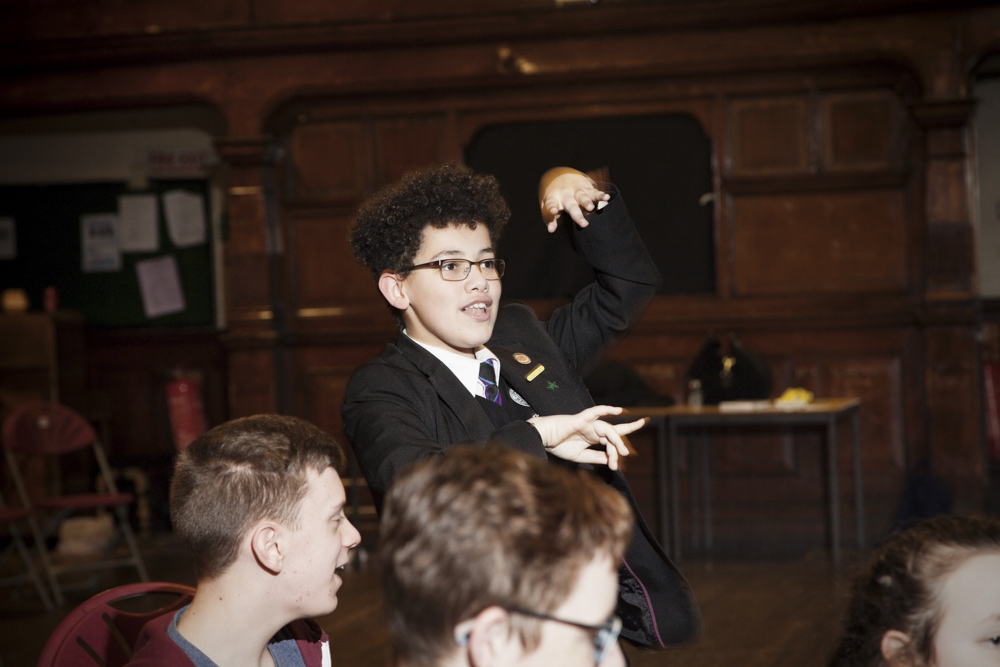 The young people can hardly hold it together as they recount the story of Moston Marilyn’s romance with Northwards Norman from the housing.

“Baby, when I met you I was on my arse,” sings ‘Norman’ as if he’s Kenny Rodgers. “My whole life was empty, it was one big farce.”