“Can we just do it again? Big smiles. Give it 100% now. Then we’re going to get into our costumes and perform it to parents.” 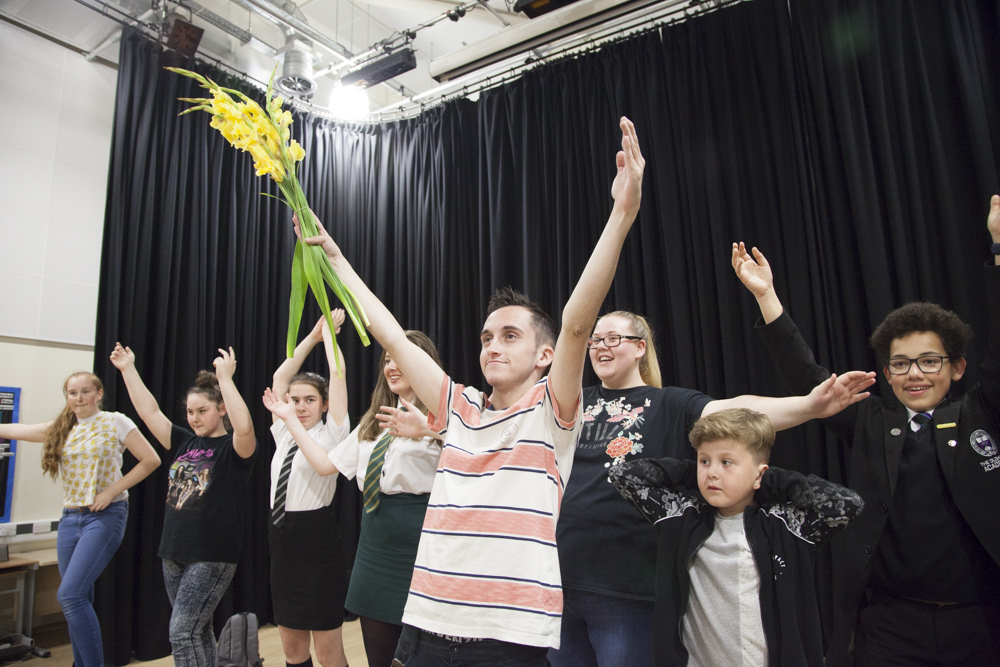 Ten minutes later they all come off stage and I get the chance to ask Rob what it’s all about.

“We did some work with Seddons, the construction people, last year,” he explains. “We performed a piece about Manchester’s industrial past at some swanky do at the People’s History Museum in town.

“We must have done all right because they asked us to come back and do it again this year. This time to work with the Manchester Camerata and perform a piece about the city’s cultural history.

Rob tells me this year’s do is in the Whispering Room at Manchester’s Central Library. Mad Theatre will perform their tribute to ‘Madchester’ music accompanied by a string quartet, keyboard player and a percussionist.

Specially-printed T shirts, trainers and Stone Roses-inspired ‘bucket hats’ are handed out and the performers disappear to get changed.

“So I wrote a piece starting from when the Sex Pistols played at the Lower Free Trade Hall,” continues Rob, “fast-forwarding through the whole Madchester scene with a bit of Shelagh Delaney thrown in.”

I love Mad Theatre’s approach. Time and again they produce wonderful performances about real life, about things that matter. It’s very well done and a pleasure to watch.

“And what’s also been great,” says Rob, “is that, just like we do with our Forever Manchester partners in Harpurhey and Moston, we’re making a joint bid with the Camerata for a totally new project.” 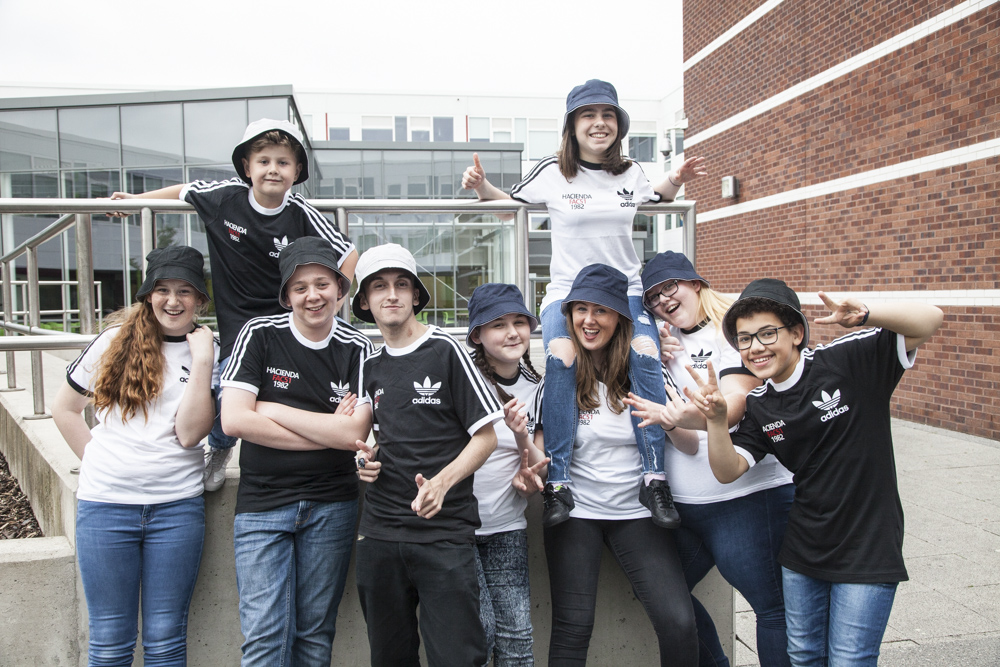 Once the performers have changed and parents start to arrive for the dress rehearsal, I put my tape recorder in front of 15-year-old James. “You sing about the bomb?” I say.

“There’s a line in the Smiths’ song which goes, ‘If it’s not love, then it’s the bomb that will bring us together.’

“And, as young people, this performance been a really good way for us to express how we feel about the most recent Manchester bombing.

“It’s saying, there is nothing that’s going to stop us. We’re Mancs, we’re strong.”

“And what’s this been like?” I ask, nodding towards the string quartet.

“It’s been absolutely amazing because we’ve never worked with an orchestra before. It’s been eye-opening. Today is the first time we’ve performed live with them. Until now we’ve been working with a recording. It’s a real kick with the live performers.”

17-year-old Jake is tonight’s frontman. Apparently he fronts his own band too, at the music college he attends. Tonight he’s Johnny Rotten, Morrissey and Shaun Ryder, in quick succession. “Have you had to watch a lot of music videos to get into the roles?”

“No, not at all. I’m really passionate about Morrissey and the Manchester bands. This is the sort of music I listen to, so I know all the words.”

The parents have now arrived. Jake, James and the rest of the young people are back on stage as Rob finishes a short introduction. 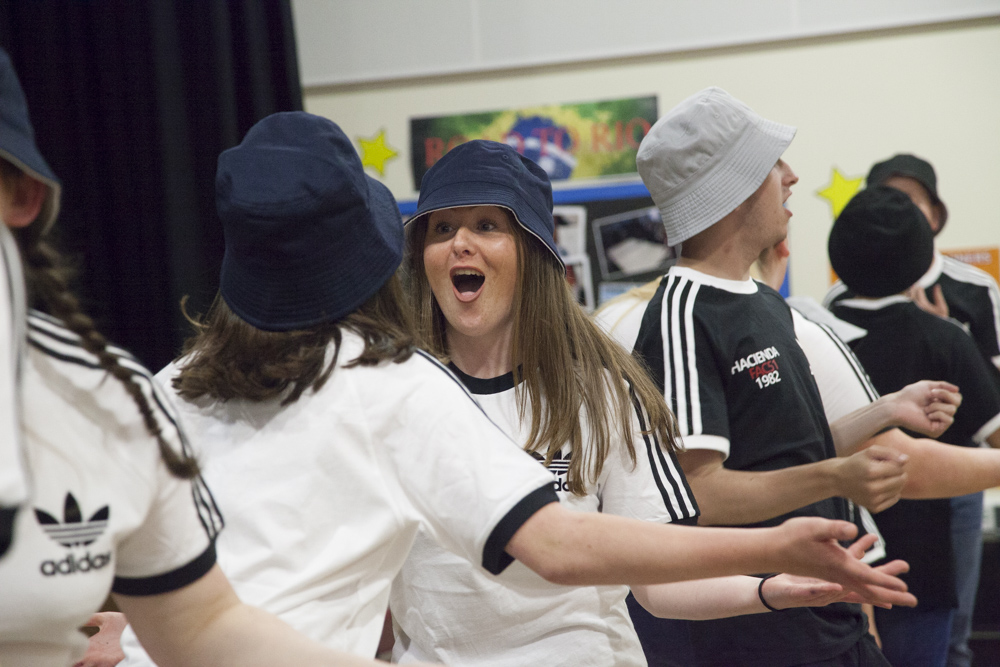 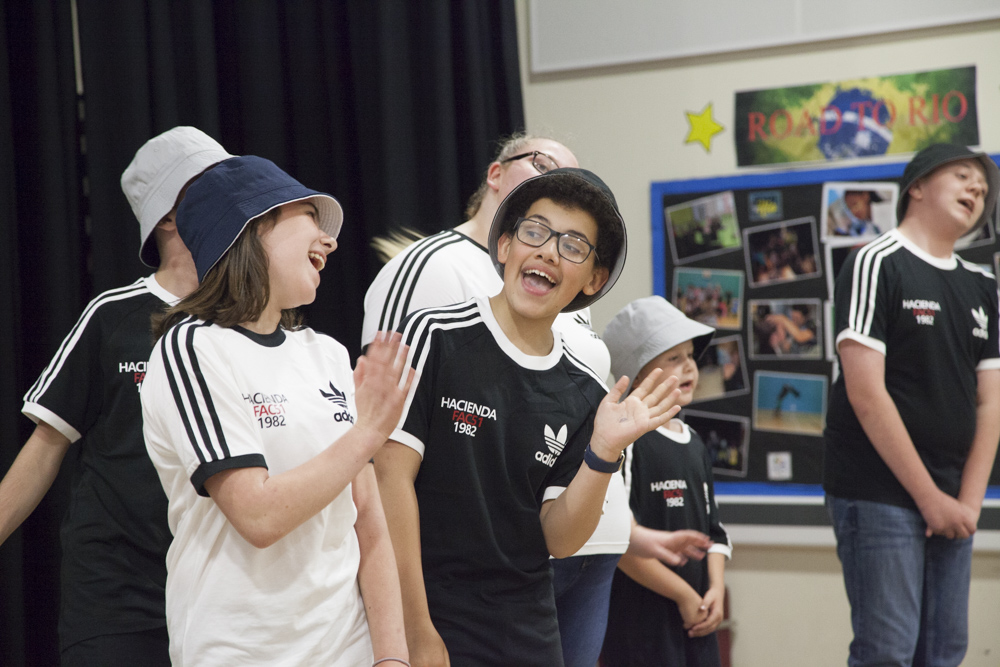 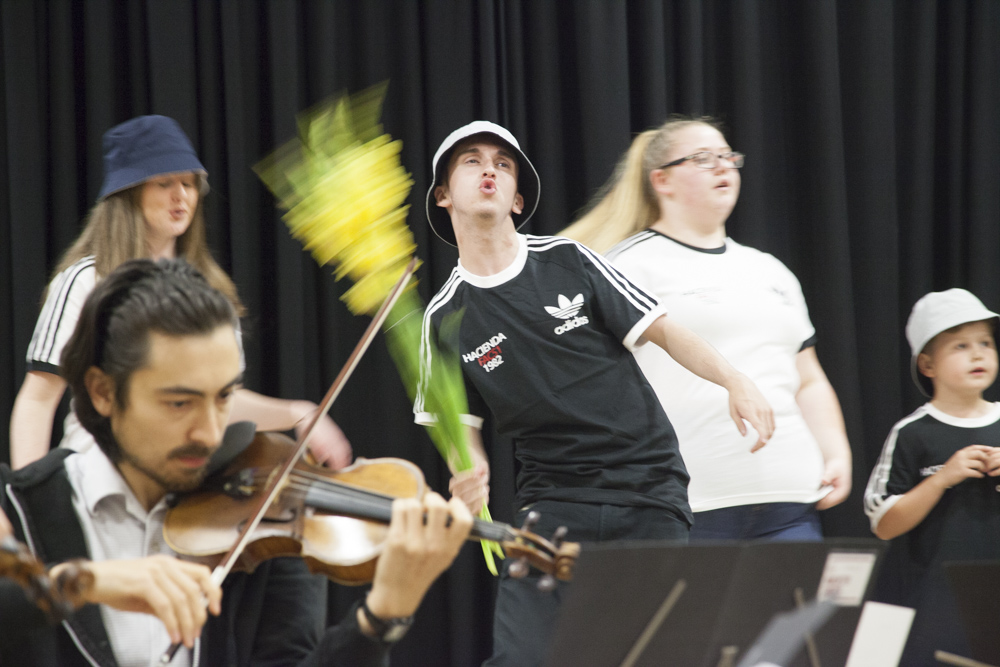 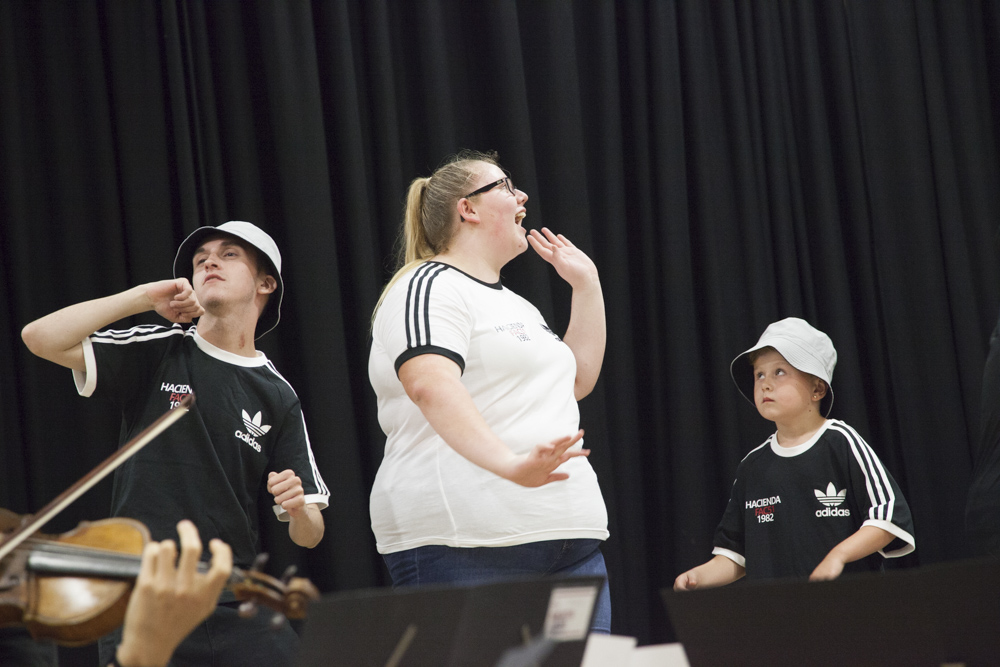 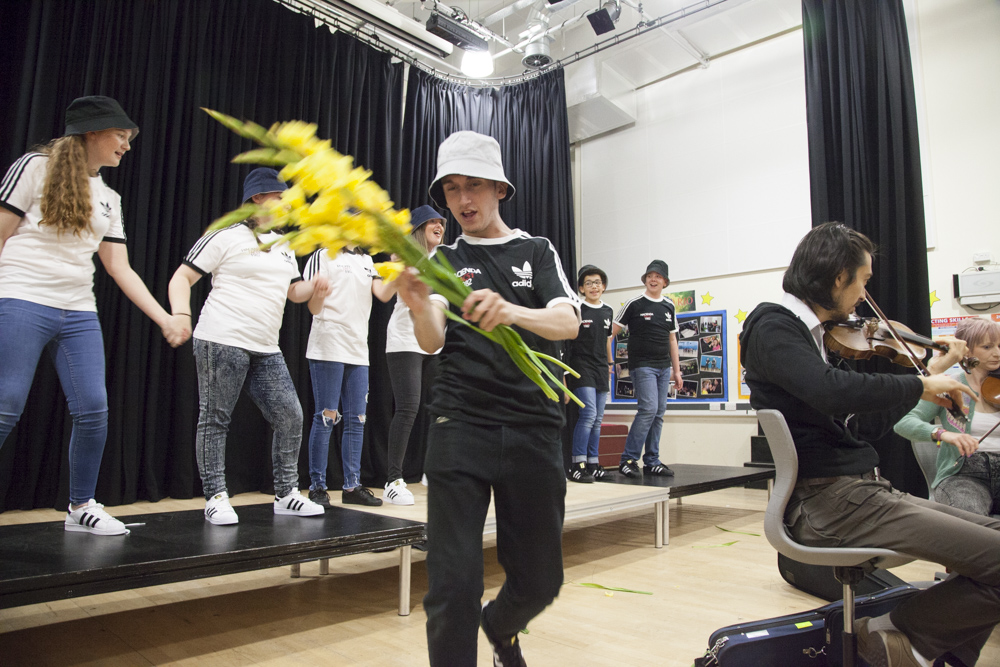 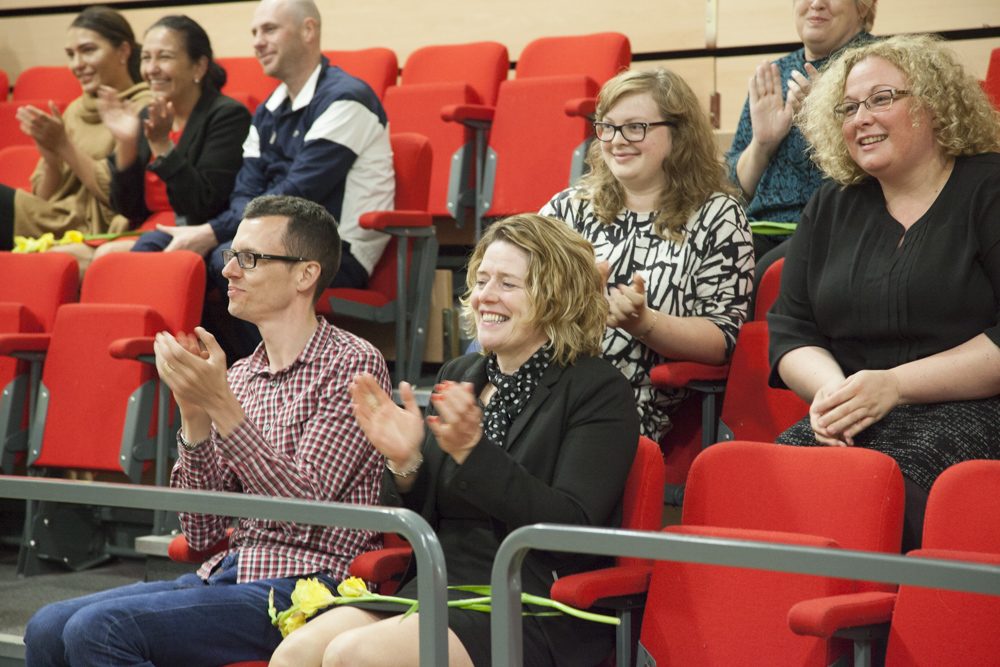